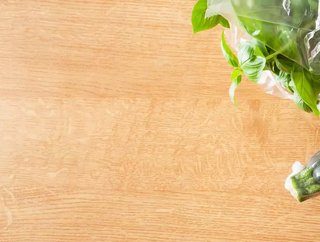 Research from tech company, Toluna, has revealed that supermarkets simply aren’t doing enough when it comes to plastic usage. Although the big-hitters in the 'food shopping' arena have espoused in recent years about their sustainability credentials, the evidence suggests that many more changes will have to be made.

Although 69% of people believe supermarkets and retailers are responsible for reducing the amount of plastic used, many want to see even more progress.

The new study into plastic packaging usage was conducted in order to understand people’s thoughts around plastic use in the context of supermarkets. The research involved 1,000 people in the UK.

The findings demonstrated that plastic packaging is a key worry among UK consumers. Indeed, 4 in 10 of us are very concerned about how much plastic is used in food and drink items, especially those aged between 55 and 64 years old (51%) and over 65 (49%).

Meanwhile, 73% of people believe reduced plastic use is the responsibility of brands of manufacturers and 60% of people want to see more progress from supermarkets, specifically in reducing the use of plastic packaging (although they admit they have made a good start), and a further 19% feel supermarkets haven’t done enough and need to do much more. Strikingly, 7 in 10 of those surveyed agree it’s the responsibility of supermarkets and retailers to reduce plastic use.

In addition, a third of 55-64-year-olds do not think supermarkets have done enough and think they need to do much more to reduce plastic waste, and half of this age group also believe there are not enough plastic alternatives available. No alternative to plastic packaging was cited as the third biggest issue surrounding plastic packaging.

Most consumers (65%) don’t think there are enough plastic free options on offer for the products they buy despite many trying to avoid plastic packaging (86% try to avoid at least occasionally).

A lack of availability for other forms of packaging was ranked in the top three issues surrounding plastic packaging (46%), behind plastic pollution of the oceans (65%) and plastic land pollution (54%)

On a positive note, the survey suggested that we’re much more committed to being plastic free and it's clear that we’re making more effort into using more sustainable forms of packaging. Out of those surveyed:

Lucia Juliano, Research Sector Head, CPG, Toluna, concluded: “It’s clear that businesses and consumers alike are aware of plastic packaging use and there’s a common goal to drive down overall use as we continue to fight against climate change. There’s a feeling that brands, retailers, manufacturers and supermarkets need to do more to reduce plastic packaging with people feeling that supermarkets in particular haven’t made great progress in reducing plastic use in the last five years. It’s vital that a greater variety of packaging is provided when it comes to plastic free options. Doing this increases the number of plastic-free products that consumers can buy and therefore contribute to plastic reduction across the UK. In short, our research confirms that everyone needs to do more from manufacturers and supermarkets to brands and, of course, shoppers.”