Canada adds Blue Moon to the menu—Should other beer brands be concerned? 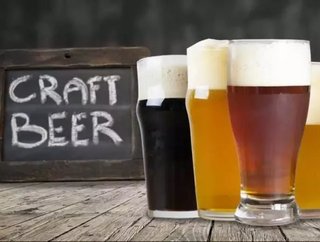 Looking for a refreshing adult beverage after a long day at the office? Molson Coors is finally presenting Canadians with the opportunity to taste Blue...

Looking for a refreshing adult beverage after a long day at the office? Molson Coors is finally presenting Canadians with the opportunity to taste Blue Moon. Originally reported by our sister brand Business Review Canada, the wheat beer officially hit the country’s shelves on August 15th. The famous beer can also be found at bars and restaurants under the name Belgian Moon.

While a new product is always exciting and gives reason to celebrate—especially if you’re over the age of 21 and that product happens to be beer—we can’t help but wonder the following: should other beer competitors be worried about this new competition?

Interestingly enough, the brand (which originally launched in the mid 90s) has already come under criticism and may have a certain challenge to overcome before a profit can even be turned. And though the critique comes from the U.S. market, news can travel quite quickly to Canada.

Specifically, the brand has not made its link to MillerCoors LLC known on its packaging. Some believe that this is an attempt for a big brewer trying to pass off its products as a smaller-scale craft beer. Other brands, including Shock Top, have faced similar scrutiny.

The Brewers Association in the United States defines craft beer as having an “annual production of six million barrels or less, produced by a brewery that is less than one-quarter owned or controlled by another company in the alcoholic beverage industry that is not a craft brewer.” Industry groups in Canada pretty much have the same guidelines, too.

Overall, the consumption of beer is declining—kind of surprising, right? Craft breweries may not be dominating the market, but Molson Coors and Labatt Brewing Co. Ltd. are still known for receiving a large amount of sales. But wine is now the new alcoholic beverage of choice, and breweries are attempting to keep up with new and changing appetites.

“Introducing this iconic brand to Canada is a significant milestone for both Molson Coors and our drinkers, whose tastebuds continue to evolve,” Six Pints General Manager Will Meijer commented.

Molson announced that this brand is the best-selling wheat beer in the United States, but will the same results be seen in Canada. It looks like time will tell.

However, consider Coke and Pepsi—two similar brands, and while one company may be earning more profits than the other, it’s been proven that there is a place in the market for both types of soda. So why can’t there be more than one type of beer?

People like to have choices. Whether we’re discussing food, cars or which new superhero movie to see, it seem that the more options to choose from, the better. And the same can be said for craft beer!

Therefore, we’re predicting that Belgian Moon will do well in Canada, at least while the adult beverage is new and fresh. However, time will tell whether or not the beer can hold up against competitors and make a lasting profit.

In the end, our guess is that the craft beer will become another alternative to choose from—nothing more and nothing less. While Belgian Moon is most likely here to stay, competitors shouldn’t start sweating.

[SOURCE: The Globe and Mail]