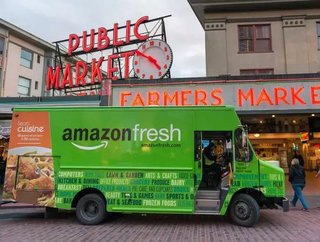 Amazon’s sold an estimated $650mn worth of groceries in the US in the first quarter of the financial year, a 48% increase from the same period last ye...

Amazon’s sold an estimated $650mn worth of groceries in the US in the first quarter of the financial year, a 48% increase from the same period last year, according to a report by One Click Retail.

The report also noted that the e-commerce giant saw grocery sales reach an estimated £45mn in the UK and €65mn in Germany during the first quarter of 2018.

Snacks was also a promising category for the US-based firm with sales up 388% to $70mn, according to One Click Retail.

Across the UK, Germany and the US, Amazon Pantry - the firm’s service that lets customers bundle grocery and household goods together - saw “a levelling out” of growth, with sales up just 14% according to the report.

In March, Amazon said that it would make Amazon Pantry a separate subscription service for Prime members.

"Amazon is trying to make the service both more profitable for the company and more attractive to consumers. Shifting to a membership-based service is a natural choice considering the success they've had with that model in the past," said Spencer Millerberg, CEO at One Click Retail.

He added: "Whether or not Pantry's fortunes improve, Amazon's clear commitment to subscription-based services is going to have a strong impact on brands. With the ongoing rollout of Prime Now two-day grocery delivery into more jurisdictions throughout the US and the global success of other value-added "members only" features such as Amazon Fresh and Prime Day, Amazon is growing what is essentially the world's largest customer loyalty program – loyalty not only to the platform but also to the brands that sell through it."

Despite the growth in sales, Amazon’s costs are rising as the company sells an increasing number of low-margin household goods.

The cost of storing packaging and shipping goods, better known as fulfilment expenses, rose to $25bn in 2017, surpassing annual revenue growth of 31%.