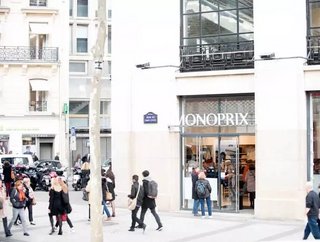 Monoprix, one of France’s biggest grocery store chains, has signed a distribution deal with Amazon, which will make its groceries available to custome...

Monoprix, one of France’s biggest grocery store chains, has signed a distribution deal with Amazon, which will make its groceries available to customers in Paris and its neighbourhood through Amazon’s Prime Now service.

Since Amazon agree to buy grocery chain Whole Foods for $13.7bn last year, the e-commerce giant has made no secret of its desire to launch a grocery delivery service in Europe, specifically France.

Under the deal, grocery items from the Casino Group subsidiary will be available in the Prime Now app and website through a dedicated virtual store.

Leclerc, France’s biggest food retailer by market share, was recently approached by Amazon over a potential logistics partnership, as competition in the retail sector heats up.

This has encouraged French retailers to strengthen their own online offerings and catch up with its competitors.

In November, Casino Group announced that it was going to partner with British online supermarket Ocado, utilising its e-commerce platform to help it expand.

Meanwhile, French firm Carrefour, the world’s second-largest retailer, announced that it is going to invest EU€2.8bn in digital commerce by 2020, six times its current investment.

“Thanks to this unique partnership between Amazon and Monoprix, Casino Group reinforces its omnichannel distribution strategy and gets even closer to its customers and their needs,” said Jean-Charles Naouri, Chairman and CEO of Casino Group.

“This commercial partnership is a new milestone in Casino Group strategy to innovate ever more for tomorrow's urban commerce.”