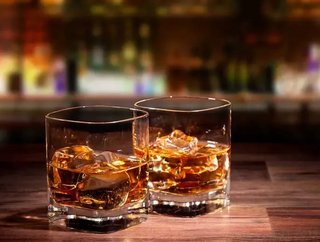 Amazon has announced that it is opening a pop-up barfor only ten days in Tokyo to promote the alcohol products it sells on the company’s website in Ja...

Amazon has announced that it is opening a pop-up bar for only ten days in Tokyo to promote the alcohol products it sells on the company’s website in Japan.

The e-commerce giant will sell a variety of drinks including beer, wine, sake and whiskey in the Ginza prefecture of Tokyo, the city’s prestigious high-fashion and entertainment district.

The 78-seat bar, known as Amazon Bar, will serve drinks from across the globe, even those which are not available to the public yet.

However, it comes with a caveat: there’s no menu.

Instead, the bar will feature an ordering system that will suggest drinks and will also hire sommeliers to dispense wine advice.

Alcoholic drinks including Nikka Whiskey and Yebisu beer will be on offer, with drinks costing between JP¥500 toJP¥1,500 (or US$4.43 to US$13.30) and some food products will also be available.

“Amazon Bar will offer a wide variety of drinks procured from across the globe, and offer exclusive products as well as samples of products not yet on store shelves,” the company said in a statement Thursday.

The pop-up bar will be located near the Emporio Armani store in Ginza and will be open for ten nights starting on 20 October 2017.

Amazon has been steadily moving into the alcohol business. In August, the company expanded its one-hour wine delivery service to selected cities in the US and last year, Amazon Japan launched a wine recommendation service by phone that featured its own in-house sommeliers.