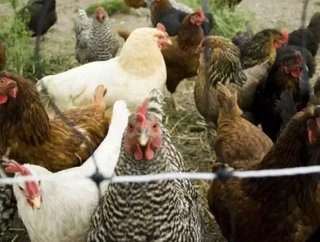 Tyson Foods is the largest poultry producer in the United States&mdash;in other words, anything Tyson does will have huge ripple effects and a major inf...

Tyson Foods is the largest poultry producer in the United States—in other words, anything Tyson does will have huge ripple effects and a major influence on the poultry industry as a whole. So it’s a very big deal that Tyson Foods has announced a pledge to phase antibiotics also used in human medicine out of its chicken feed.

This pledge comes as a response to an increasingly strong consumer push to eliminate unnecessary and potentially harmful antibiotics from the meat and dairy industries. It’s a push that was born out of concerns that overuse of antibiotics could lead to bacteria building up a resistance, rendering those antibiotics useless when they are truly needed.

Several major brands like Purdue Farms have already made this move over the last year. But while Tyson may not be the first on the block to cut antibiotics use, that can be expected—the price one pays for being the largest in an industry is a loss of agility and a slower implementation of change. Still, even now this change is extremely significant by affirming the decisions of those on the vanguard and proving that this is not just a fringe decision but one that has become the mainstream.

Granted, this doesn’t mean that Tyson is getting rid of antibiotics completely. Just like similar announcements from Perdue Foods and Cargill last year, along with announcements from McDonald’s and Costco Wholesale earlier this year, Tyson Foods will still utilize antibiotics in some form. According to NPR, Tyson will still be using a class of antibiotics called “ionophores” that are not used in human medicine, and therefore would present no threat to humans if bacteria happen to develop a tolerance. Nevertheless, it remains one more step forward in a changing industry.