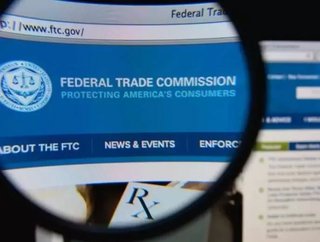 The merger between foodservice distribution giants Sysco and US Foods has been an ongoing odyssey for some time now, with speculations abounding on how...

The merger between foodservice distribution giants Sysco and US Foods has been an ongoing odyssey for some time now, with speculations abounding on how close the businesses are to obtaining the necessary approval of the U.S. Federal Trade Commission. According to a new report, the time for that approval may finally be drawing near—but not without a little bit of effort on the part of Sysco first.

As the New York Times reports, Sysco has agreed to sell 11 distribution facilities in an effort to appease the FTC and gain the commission’s approval for the $3.5 billion merger with US Foods. Sysco would be selling these 11 facilities to fellow distributor Performance Food Group, confirming rumors that first cropped up late last year.

Sysco executives like CEO Bill DeLaney are hoping that it will be a sufficient show of commitment, expressing hope as well as frustration at the process so far:

“Over the past 12 months, we have worked in good faith with the F.T.C. to help them better understand the highly competitive U.S. food service distribution industry and the significant customer benefits that will result from the merger of Sysco and US Foods,” Mr. DeLaney said in a statement on Monday. “Unfortunately, the F.T.C. has taken a different view of the potential competitive impacts of the merger,” Mr. DeLaney said. “While we respectfully but vigorously disagree with the F.T.C.’s analysis, we believe this divestiture package fully addresses its concerns.”

But still the question remains: will this actually be enough for the FTC? As it’s pointed out, even with these gains Performance Food Group will still be a rather distant competitor compared to the behemoth that will be formed when Sysco and US Foods become one. It’s still a great deal for Sysco, and the ball’s now in the FTC’s court to determine whether that deal is too good or just good enough to work.