Merger no more: Sysco officially parts ways with US Foods 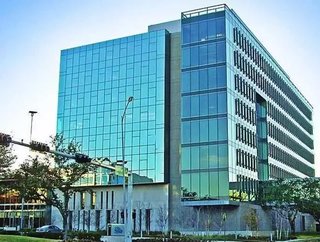 Its been a long journey, and more than a year of effort, since food distributor Sysco first moved to acquire competitor U.S. Foods back in December 2013...

It’s been a long journey, and more than a year of effort, since food distributor Sysco first moved to acquire competitor U.S. Foods back in December 2013. But now that effort is over, and the last nail has finally been driven into the merger’s coffin. Today Sysco gave its official statement that it is terminating its merger proposal and walking away from U.S. Foods.

This shouldn’t come as too much of a surprise, considering the opposition that the merger had been facing for quite some time now. Almost as soon as the deal was announced, the U.S. Federal Trade Commission (FTC) began investigating the details of the merger—particularly how damaging a deal between the two largest food distribution giants in the United States would be for its other (mostly regional) competitors and for the industry as a whole.

RELATED CONTENT: Is the FTC on the verge of a Sysco-US Foods antitrust lawsuit?

After nearly a year of research and investigation, the FTC voted 3-2 for an injunction to block the Sysco-U.S. Foods merger on the grounds that its completion would violate antitrust laws. When hearings first started to determine whether the FTC had grounds to launch a full trial over the validity of the merger, Sysco was adamant to fight back and prove that the merger would be good for the industry. But the process was wearing on U.S. Foods—in May U.S. Foods noted that it would be willing to give up on the merger with Sysco if the federal court sided with the FTC.

RELATED CONTENT: A date is set for the Sysco-US Foods antitrust hearings

The federal court did just that. Last week Amit P. Mehta, of the Federal District Court for the District of Columbia, sided with the FTC in ruling that a merger between Sysco and U.S. Foods would be harmful to pricing, competition, and U.S. consumers. This morning, Sysco responded with a statement formally announcing the termination of its merger with U.S. Foods:

"After reviewing our options, including whether to appeal the Court's decision, we have concluded that it's in the best interests of all our stakeholders to move on," said Bill DeLaney, Sysco president and chief executive officer. "We believed the merger was the right strategic decision for us, and we are disappointed that it did not come to fruition. However, we are prepared to move forward with initiatives that will contribute to the success of Sysco and our stakeholders."

From here, Sysco CEO Bill DeLaney promises that the company will be focusing on its core business to build growth and maintain strong customer service. Sysco executives have also authorized $3 billion to buy back shares from shareholders in an attempt to increase value to shareholders as the company moves on from this chapter.