Could Sysco choose another target for acquisition? 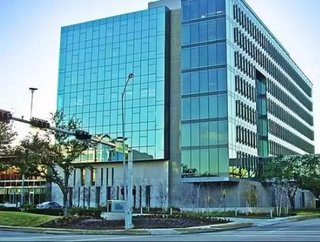 In 2014, the prospective merger between food distribution giants Sysco and U.S. Foods looked like it would be one of the biggest industry mergers in som...

In 2014, the prospective merger between food distribution giants Sysco and U.S. Foods looked like it would be one of the biggest industry mergers in some time. But the transaction was not to be—after months of conflict with the Federal Trade Commission and the threat of an antitrust lawsuit, the two supply chain businesses finally called the whole the deal off last month.

But does that mean that Sysco is completely done with acquisitions? That doesn’t have to be the case. As finance site TheStreet reports, Sysco has expressed interest in other food distribution businesses before as well, and these could wind up being better targets in the long run.

RELATED CONTENT: Top Ten Mergers and Acquisitions of the Year

As TheStreet points out, the most crucial flaw of the attempted merger between Sysco and U.S. Foods was that, when the two combined, they accounted for more than 50 percent of the United States food distribution industry market share. That automatically raised antitrust red flags for the FTC. But a smaller distribution company such as Performance Food Group (PFG) or McLane, both of which currently occupy 10 percent of the market share, could make perfect sense if Sysco makes another move toward acquisition:

In a 2013 interview, Sysco CEO Bill DeLaney and CFO Chris Kreidler said that both Performance Food and McLane would be attractive targets. They made the comments on the sidelines of an industry conference.

Not that acquiring another business would be easy for Sysco—both PFG and McLane have private equity owners of their own, with McLane even being a Berkshire Hathaway property. But if Sysco is seeking to grow through acquisition, they’re both major businesses worth pursuing.