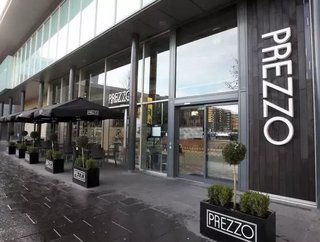 The British-owned Italian restaurant chain, Prezzo, has announced it will be closing almost one-third of its stores, including its Chimichanga branch...

The British-owned Italian restaurant chain, Prezzo, has announced it will be closing almost one-third of its stores, including its Chimichanga branch.

The firm has entered a Company Voluntary Agreement (CVA) to close 94 stores in total, leaving the company with 2018 branches in the UK.

The employer of 4,500 members of staff has stated that it had hoped creditors would reduce rent prices in underperforming stores.

“However, the well-documented pressures on our industry mean a number of our restaurants are underperforming.”

“While we continue to be profitable and cash-generative, our position is not sustainable, so we must take decisive action now to ensure we’re able to thrive in the future.”

The Guardian has also reported that the restaurant chain owes £220mn (US$303mn) to banks and suppliers.

“The directors have concluded, for a number of ­reasons, that Prezzo’s current business model and associated cost structure is no longer viable in a number of cases,” the Guardian noted the CVA document reading.