The FTC is Blocking the Sysco-US Foods Merger 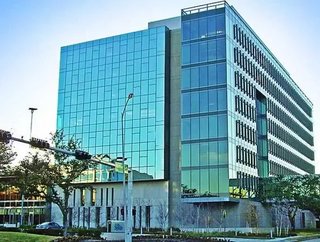 At long last, after months of debate and speculation, the U.S. Federal Trade Commission (FTC) has finally handed down its decision on the Sysco-US Foods...

At long last, after months of debate and speculation, the U.S. Federal Trade Commission (FTC) has finally handed down its decision on the Sysco-US Foods merger. The decision certainly isn’t on Sysco’s side, despite the distributor’s best efforts to try and divest assets and make room for US Foods. The FTC voted 3-2 in favor of filing a formal complaint, with the intent of challenging and blocking the merger on the grounds that such a deal would violate antitrust laws. And away we go.

The reason that the FTC has cited for its decision shouldn’t come as a surprise to anyone following the case—quite simply, Sysco and US Foods together are just too big. The two entities combined account for 75 percent of the national broadline distribution market, according to the FTC’s statement, and the agency’s concern is that a merger between the two could likely translate to drastically diminished competition and higher resulting prices for the foodservice industry and its customers:

“This proposed merger would eliminate significant competition in the marketplace and create a dominant national broadline foodservice distributor,” said Debbie Feinstein, the Director of the FTC’s Bureau of Competition, in the official FTC statement. “Consumers across the country, and the businesses that serve them, benefit from the healthy competition between Sysco and US Foods, whether they eat at a restaurant, hotel, or a hospital.”

What about Sysco’s offer to sell off part of its assets? Not good enough: the FTC further concluded that Sysco selling 11 distribution centers to Performance Food Group was just not enough to bring PFG up to a level where it could realistically approach the scale needed to effectively compete with a merged Sysco-US Foods entity and satisfy antitrust requirements.

What happens now? The two sides will now go into legal battle. Sysco CEO Bill DeLaney has already responded with a statement that the company plans to contest the FTC’s block attempt, on the belief that the FTC’s narrowly voted decision is based on misconceptions about the companies and the dynamics of the distribution industry.

"The facts are strongly in our favor and we look forward to making our case in court," said DeLaney in his statement. "Those of us who work in this industry every day know it is fiercely competitive. Customers of all types have access to food distribution services from a wide variety of companies and any number of channels. In fact, the overwhelming majority of restaurants and food operators choose their foodservice distributor locally, where they have choices among many excellent companies."

DeLaney argues that, while Sysco and US Foods may cover a 75percent market share nationally, this fails to account for the fact that many national customers choose regional and local distributors. “Additionally, the FTC claims the merger would harm competition in 32 local markets, ignoring the existence of myriad local suppliers, including broadline companies, specialty companies, cash-and-carry, and club stores with whom Sysco and US Foods compete on a daily basis,” DeLaney adds.

According to the FTC, the administrative trial is scheduled to commence on July 21, 2015.