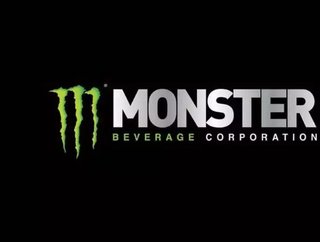 The energy drinks sector is as hot as ever. For proof, look no further than the new deal that has just been brokered between Coca-Cola Company and Monst...

The energy drinks sector is as hot as ever. For proof, look no further than the new deal that has just been brokered between Coca-Cola Company and Monster Beverage Corporation. Today the two beverage companies announced a long term partnership, with Coca-Cola paying $2.15 billion cash in order to acquire a 16.7% minority in Monster Beverage and become the energy drink’s primary distributor.

The deal also puts two representatives from the Coca-Cola Company to Monster Beverage's Board of Directors, giving the company some say in Monster’s business decisions from now on. In a joint press release issued to announce the partnership, Coca-Cola’s CEO discussed the deal and Coke’s commitment to staying at the forefront of consumer trends:

“Our equity investment in Monster is a capital efficient way to bolster our participation in the fast-growing and attractive global energy drinks category,” said Muhtar Kent, Chairman and Chief Executive Officer of The Coca-Cola Company.  “This long-term partnership aligns us with a leading energy player globally, brings financial benefit to our Company and our bottling partners, and supports broader commercial strategies with our customers to bring total beverage growth opportunities that will also benefit our core business.”

Meanwhile, Monster Beverage CEO Rodney Sacks discussed the benefits that this investment from Coca-Cola will provide:

The partnership deal is expected to close in full by late 2014 or early 2015.