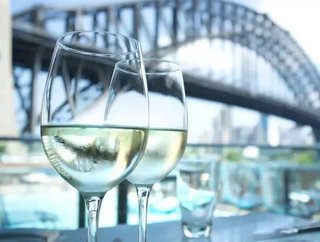 The wait is almost over for Australia food lovers as the new nationwide Good Food Guide will hit the shelves later this year. Once restricted to the e...

The wait is almost over for Australia food lovers as the new nationwide Good Food Guide will hit the shelves later this year.

Once restricted to the east coast, the Good Food Guide 2018 is set to expand beyond New South Wales, Victoria and Queensland, and shine a spotlight on the must-visit dining destinations across Western Australia, South Australia, Australian Capital Territory, Northern Territory and Tasmania.

The Good Food Guide will – for the first time – visit capital cities in every Australian state and territory – from Darwin, Hobart, Sydney and Melbourne to Perth, Brisbane, Adelaide and Canberra.

“Our defining strength, and the reason why people trust the Good Food Guide, is the independence of our critics,” said Good Food Guide 2018 co-editor Myffy Rigby. “We’re stringent when it comes to judging. That means we look at service, ambience, X-factor, and – most importantly – food, to award those all-important hats.

“It will be really exciting to see new names and restaurants from all around Australia become hatted when the Guide is published later this year,” added Good Food Guide 2018 co-editor Roslyn Grundy.

Distribution of the Guide will also increase in line with the national focus and will be on sale in newsagents across Australia, as well as online, retailing for $29.95.

The Good Food Guide 2018 will continue to award the best restaurants in the country via its highly coveted hats. To achieve a hat is a pinnacle of a chef’s career and a restaurant’s history, with the term “hatted” becoming embedded in the Australian lexicon.

Along with reviews around the country, the Vittoria Coffee Restaurant of the Year, Citi Chef of the Year and Citi Service Excellence will be awarded nationally, growing their reputation as some of Australia’s most sought-after culinary titles.

The prestigious Josephine Pignolet Young Chef of the Year award will also go national, with applications open to chefs from across the country until June 1, 2017. Previous winners of the Award include some of Australia’s best-known chefs including Mark Best, Dan Hong and Mitch Orr.