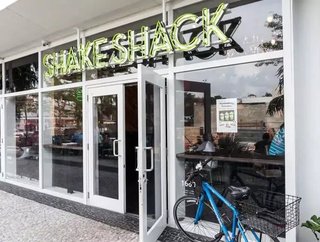 After buying Wholefoods for $14mn, internet titan Amazon may soon deliver Shake Shack burgers or Chipotle burritos to your door as it attempts to enter...

After buying Wholefoods for $14mn, internet titan Amazon may soon deliver Shake Shack burgers or Chipotle burritos to your door as it attempts to enter the promising market for restaurant delivery.

The e-commerce giant has partnered with Olo, a New York-based food delivery service which is used by many popular fast-food eateries.

Through the partnership, most restaurants that use the technology will now be available for delivery through Amazon restaurants, Olo provides digital order and pay technology to 200 restaurant brands with about 40,000 U.S. locations, and caters for fast-food brands such as Chipotle, Five Guys, Shake Shack, Chilli’s and Jamba Juice.

However, as of yet, only Italian eatery Buca di Beppo which runs around 90 restaurants, is the only customer to publicly verify that it will use Amazon restaurants.

In a statement, Olo CEO Noah Glass said: “We’re thrilled to work with Amazon to provide Olo’s base of restaurant customers with a new delivery sales channel that drives increased visibility.”

The move comes after Amazon’s June announcement that it would purchase Whole Foods for $14mn, marking the origins of its efforts to muscle into the food industry. Amazon Restaurants is available to Amazon Prime members.

“We are excited to leverage Olo’s digital ordering technology and continue rapidly growing our network of restaurants to give Amazon Prime members more options for fast delivery from their favourite brands,” said Gus Lopez, general manager of Amazon Restaurants.

“This integration will enable Amazon Restaurants to onboard new restaurants with ease, as well as quickly add more new choices and delivery options for customers.”

The news has weighed heavy on GrubHub, a rival Chicago-based restaurant takeout service, which saw its shares fall more than 6% following the news, before regaining some ground to a drop of almost 2%.

In a press release, Olo revealed that the goal of this partnership is to simplify the process for restaurants once orders have been placed, while also allowing for companies to limit a number of orders that they take during peak hours.

The market for fast-food delivery orders placed through mobile apps was about $10 billion in 2016 and is expected to surpass $35 billion by 2020, according to research from Cowen & Co. McDonald’s Corp.