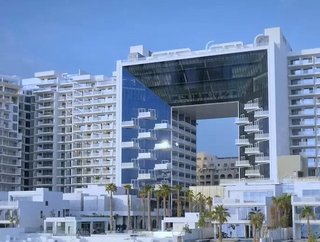 Having tried to remove Viceroy Hotels and Resorts as operator, the owner of the Viceroy Palm Jumeirah hotel in Dubai must now put up with current manage...

Having tried to remove Viceroy Hotels and Resorts as operator, the owner of the Viceroy Palm Jumeirah hotel in Dubai must now put up with current management after losing a court battle.

Viceroy sought the help of DIFC Courts following the actions taken by the hotel’s owner on 19 June, when it announced the purported takeover by FIVE Hotels and Resorts, a company affiliated with the owner, and took steps to attempt to remove Viceroy from the property.

The hotel was opened in March, and it seems that relations between the operators and owner soured extremely quickly. However, Viceroy Hotels and Resorts signed a long term hotel management agreement to operate the Palm Jumeirah hotel in 2013.

"The Court’s order requires, among other things, Viceroy’s name, signage and branding to be reinstated at the hotel. Our priority remains to work with our outstanding hotel colleagues to ensure continuity of service and consistent delivery of a guest experience in keeping with the Viceroy ideology. We will continue to work strenuously with our legal team to ensure we achieve this."

"Viceroy is immensely proud to contribute to Dubai’s dynamic hospitality landscape with the opening of our Palm Jumeirah hotel on 31 March 2017. We are committed to supporting Dubai’s Vision to be a leading tourism market and will strongly resist any attempts to threaten this."