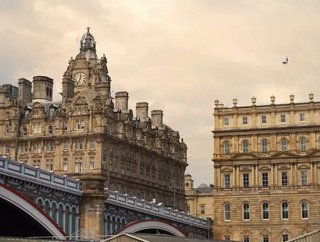 Investment in Scotland’s hotel sector has soared this year according to international real estate advisor Savills. So far this year over GBP£51mn ha...

Investment in Scotland’s hotel sector has soared this year according to international real estate advisor Savills.

So far this year over GBP£51mn has been spent in Scotland’s hotel market by overseas investors, a sixfold increase on 2016, according to the real estate leader.

US investors have been the most active in the region, spending over GBP£35mn in Edinburgh alone since January.

Prominent deals include US company PGIM’s acquisition of Safestay Hostel; a US investor purchasing the Bonham Hotel and International Hotel Properties Limited buying in Holiday Express - the latter being the largest single transaction by an overseas investor at about GBP£17.7mn, according to the company.

Indian investors have also been active in Scotland, investing GBP£8.3mn in key deals such as MGM Muthu Hotels acquiring the Highland Heritage Portfolio and Newton Hotel in Nairn.

Steven Fyfe, associate in the hotels team at Savills Scotland, said: “Hotels in UK regional cities are in high demand with overseas investors, fuelled by the relative weakness of Sterling, resulting in advantageous exchange rates, and the sharpness of yields in prime markets, providing owners with the opportunity to sell very comfortably just now.”

“Whilst Edinburgh remains the most sought after hotel market in the UK outside of London, Scotland’s competitive tourism industry makes assets located elsewhere attractive investments also, highlighted by 2017’s spread of deals across Dundee, Nairn, Eriska and the Isle of Bute.”

Investment is expected to continue, expanding out of Edinburgh and Glasgow and encouraging owners to push for high prices.

Major hospitality brands are also looking to gain footholds across the country. A few months ago, Marriott International announced plans to open seven new hotels in Scotland over the next four years. The new hotels will cover five of Marriott's 30 brands, including W Hotels, Moxy, Aloft, Residence Inn and Courtyard.

If these predictions are correct, England’s northern neighbour looks set to benefit.