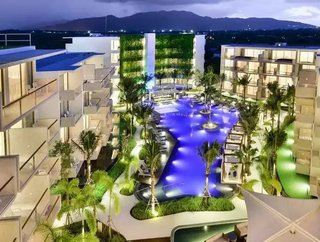 Is this the fastest growing hotel group in the world? Dream Hotel Group, home to its Dream Hotels, Time Hotels, The Chatwal and soon-to-launch Unscripte...

Is this the fastest growing hotel group in the world? Dream Hotel Group, home to its Dream Hotels, Time Hotels, The Chatwal and soon-to-launch Unscripted Hotels brands, has just revealed another year of international growth with nine new hotels expected to open in new destinations by the end of 2020.

By 2022, the company expects to add another 150 hotels across its portfolio, which represents a 300 percent growth.

"We signed more new hotel deals in the last six months than any other year in the company's history," said Dream Hotel Group chairman Sant Singh Chatwal. "After significant investment and repositioning from ownership to hotel brand and management, Dream Hotel Group now boasts its strongest portfolio ever, and we look forward to continuing to build on our success and expand our brands at a rapid rate."

Dream Hotel Group has 16 hotels open today and a robust pipeline of 26 additional properties, including these nine new locations, which, when open, are expected to bring the company's total property and room count to 42 and 10,034, respectively. With the largest and most active pipeline in the company's history, Dream Hotel Group is on track to increase its global footprint by 230 percent over the next four years, tripling its existing portfolio by 2022.

"These nine new developments are a testament to the strength of our brands, and I am proud to announce another record year of strategic growth momentum for the group," remarked Jay Stein, CEO, Dream Hotel Group. "We are finding that our lifestyle brands resonate well in both established and emerging destinations, and every step into a new market demonstrates our unwavering commitment to forging new and enriching partnerships with potential owners and developers across the globe."

Newly signed locations include primary and secondary markets around the world - from Dallas to Delhi, Upstate New York to Vietnam, the Maldives to the Dominican Republic - and represent $750 million in new hotel development, all with independent development partners.

Unscripted Cocobay Da Nang – Fall 2017 – Developed by Vietnam-based Empire Group, the 160-room Unscripted Hotel will feature three dining and nightlife venues. The Cocobay complex will be the largest integrated resort complex in Vietnam with a walking street of shops and restaurants, a water park, a performing arts center, luxury apartments and residences, a beach club and eight hotels, including Unscripted Cocobay, all overlooking the South China Sea.

The Chatwal Lodge – Late 2018 – Located in Bethel, NY, The Chatwal Lodge will be the second location to debut in The Chatwal collection of luxury hotels. Developed by Dream Hotel Group, the resort will feature 50 exquisite accommodations on 23 acres, including private villas, suites and rooms, and world-class culinary experiences crafted and managed by renowned chef Todd English and others to be announced soon.