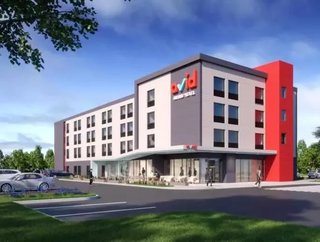 InterContinental Hotels Group (IHG) has announced that it has made an agreement with German-based hotel operator GS Star GmbH to open 15 avid hotels in...

InterContinental Hotels Group (IHG) has announced that it has made an agreement with German-based hotel operator GS Star GmbH to open 15 avid hotels in Germany over the next five years.

IHG has announced a Multiple Development Agreement (MDA) with GS Star GmbH to bring the avid brand to Germany.

The deal marks “a significant milestone” for the hospitality firm as it will help to launch avid hotels in Europe for the first time.

Under the deal, hotels will be signed with three years and opened within five.

“We are now excited to bring avid hotels to Germany where our proactive development approach has delivered exceptional growth in recent years.

"GS Star is the ideal launch partner, with a strong track record in mainstream growth opportunities they are well placed to introduce this new, exciting brand to our guests in Germany.”

IHG launched the avid brand in September 2017, opening the first property in Oklahoma City in the US.

Germany is a priority market for IHG. The company has 122 hotels already open or in the development pipeline in the country.

Andreas Erben at GS Star added: “We are delighted to be the first to market in Europe with this new brand from IHG, which has the potential to be a strong mainstream growth vehicle.”