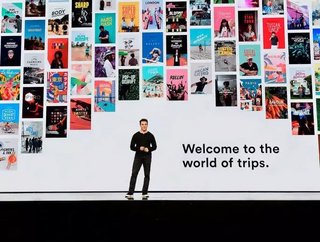 Speaking at the Skift global travel conference, Airbnb’s President of Homes, Greg Greeley, has announced that the Californian startup has “passed an...

Speaking at the Skift global travel conference, Airbnb’s President of Homes, Greg Greeley, has announced that the Californian startup has “passed an important milestone”.

Greeley said that Airbnb has welcomed over 400 million guest arrivals since it was first founded in 2008.

The accommodation marketplace achieved this landmark on 26 August 2018, the same month that it recorded its busiest single night in history with 3.5mn guest arrivals taking place on 11 August.

Airbnb noted that its new platform Airbnb for Work has been an important driver of this growth.

Earlier this month, the company revealed that Airbnb for Work bookings tripled from 2015 to 2016 and then tripled once again from 2016 to 2017.

Now, there are more than 700,000 companies using Airbnb for Work, a platform which aims to make it easier to travel and collaborate with co-workers.

Adopting a “sharing economy” approach, Airbnb has nearly 5mn lodging options across 81,000 cities in the world.

The company reportedly was valued at $31bn during its last round of funding in March 2017.

During the first ever Africa Travel Summit last month, the firm also unveiled that 3.5mn guests have arrived at listings on Airbnb across Africa to date, with roughly half of these arrivals occurring in the past year.

Airbnb noted that of the top eight fastest-growing countries for guest arrivals, three are located in Africa: Nigeria, Ghana and Mozambique.