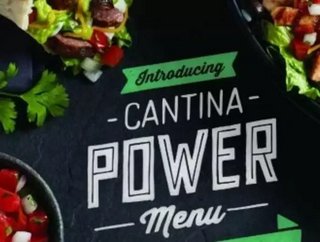 The Atkins Diet, the paleo craze, bacon &ndash; every so often, consumers are struck with a ravenous craving for protein. Fast food franchise juggernaut...

The Atkins Diet, the paleo craze, bacon – every so often, consumers are struck with a ravenous craving for protein. Fast food franchise juggernaut Taco Bell has taken notice of the most recent pro-protein cycle and is capitalizing on it, with the launch of a new menu that is (relatively) low on calories and high on protein.

Taco Bell’s new Power Platform menu, which launches nationwide on July 17, builds on the brand’s more up-market Cantina Menu with different formulations to “reflect the evolving lifestyles and dietary needs” of today’s consumers. Featuring Power Bowls and Power Burritos, each packed with a choice of meats along with black beans and good fat-rich avocados, the new menu items promise consumers 20 grams of protein in 500 calories or less. The chain is also testing protein-packed breakfast foods in select markets, including steak and egg burritos and a Greek yogurt-and-granola bowl.

“We’ve evolved the Cantina platform based on consumer feedback,” said Taco Bell President Brian Niccol in a statement from the brand. “We heard customers requesting a higher protein solution with the flavors Cantina delivers, so here is Cantina Power.”

In other words, this new menu belongs in a totally different class compared to the franchise’s minimalist Fresco menu. This menu is instead meant to be thought of as “fuel food,” conjuring up images of Paleo fans and Crossfit enthusiasts searching for a protein power boost. Sure, hardcore Paleo evangelists will tell you that premium Latin rice and reduced fat sour cream aren’t exactly Paleo adherent, but more allowing consumers may recognize it as a step in the right direction.

This month, Consumer Reports released a wide-reaching consumer survey that put Taco Bell squarely at the bottom of a ranking of burritos from fast food chains. But with every new addition to its menu, the brand is clearly hoping to prove that cheaper food can be much more than just cheap food.  Its Doritos Locos Tacos and Quesarito have succeeded at adding “fun” to the equation, the success of this new endeavor will show whether Taco Bell can integrate “health” into mix as well.