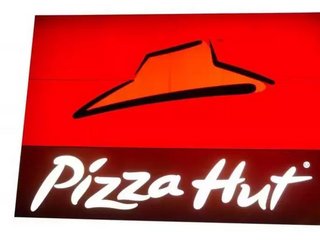 Pizza Hut has been fending off rival companies, such as Dominos, Papa John’s and Little Caesars Pizza, in order to retain the committment of their l...

Pizza Hut has been fending off rival companies, such as Dominos, Papa John’s and Little Caesars Pizza, in order to retain the committment of their loyal fan base and increased demand. However, their new advertisement has got many querying whether the new technology is really necessary, considering all the other available physical, and technology based ways in which to order food from the company.

However, that doesn’t mean the advertisement isn’t creating a buzz, with many praising its innovative ways in which to encourage users to either order from the company as a new customer, or to return as a loyal fan.

Created by Ad agency Droga5 and developed by Dominic Chambrone, the sneakers are limited edition with only 64 available. The “Pie Tops” sneakers will enable users to order a pizza wherever they are, utilising the “Pie-Tops” app and utilise blue tooth and geolocation, which will enable pizza to be ordered successfully through the nearest available branch.

David Daniels, Vice President, Media & Advertising at Pizza Hut informed Fox News, “It's always important that we make it easy for fans to order the Pizza Hut pizza they love without missing a moment of the March Madness action. We know pizza is a fan favourite during the NCAA College Basketball Tournament, and our special-edition Pie Tops are a culturally-timed creative expression of our commitment to providing the easiest pizza ordering and delivery experience possible.”