Olive Garden is Crowdsourcing Its Way to a Better Menu 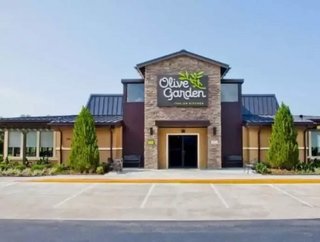 After the loss of its CEO and the radical board member turnover of its parent company Darden Restaurants, Olive Garden is at a turning point. The brand...

After the loss of its CEO and the radical board member turnover of its parent company Darden Restaurants, Olive Garden is at a turning point. The brand is going to have to figure out—and quickly—how it can turn itself around and provide a better product to bring in more consumers. At a time like this, even consultants can only do so much. Sooner or later, it’s going to come down to what consumers are actually looking for and what they want from a brand like Olive Garden.

So why not just ask the consumers outright?

That’s pretty much exactly what Olive Garden is doing with its new Culinary Tour of Italy promotion. Rather than commit to one Classic Tour of Italy menu, Olive Garden is giving its customers a choice between creamy cheesy tortelloni and fettuccine on the North side of Italy or spicy marinara and pesto-topped mezzaluna and bucatini on the South side. Then, sort of like a Kitchen Wars episode of Top Chef, it’s asking its customers to take to the internet and vote on their favorite menu in order to help the chain decide which direction they should take moving forward.

“Throughout the promotion, guests can vote for their preferred Tour by using #TeamNorth or #TeamSouth on Twitter or Instagram,” explains a press release issued by Olive Garden announcing the new promotion. “Guests can also place votes by purchasing a Tour of Italy in restaurant. The Tour with the most votes will be added to the Olive Garden menu.”

Olive Garden patrons aren’t going totally unrewarded for their input efforts: the chain announced that all guests who cast a vote for their favorite tour will be entered into a sweepstakes for a chance to win a trip to Italy. Now the only question is whether consumers will respond with the numbers needed to give Olive Garden an accurate picture of what they truly want.