The Merger Between Burger King and Tim Hortons is Now Complete 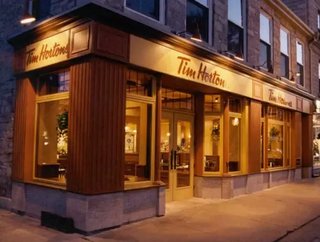 The last time we checked in with the impending marriage between US-based Burger King and Canada-based Tim Hortons, both restaurant chains had agreed to...

The last time we checked in with the impending marriage between US-based Burger King and Canada-based Tim Hortons, both restaurant chains had agreed to the terms of the merger and were just waiting for antitrust and regulatory approvals on both sides of the border. Now that time has come. The two QSR chains have officially completed their union, and have in the process emerged reborn as a brand new entity: Restaurant Brands International.

While the merger agreement was first announced in August, it took government officials a few months to review and sign off on the terms of the deal, due in part to the nature of the merger and the controversy it has drawn over the tax inversion that comes into play as the two QSR chains become one. According to financial source Zacks.com, Canadian officials only agreed to the merger after Burger King agreed to meet certain conditions including that:

With Burger King agreeing to those terms, the Canadian government gave the merger its stamp of approval in early December. Following that, on December 12, Burger King Worldwide and Tim Hortons were removed from trading on the New York Stock Exchange (NYSE) and the Toronto Stock Exchange (TSE). Common shares in Restaurant Brands International arrived on Monday, December 15, to take their place. On the TSE, Restaurant Brands will be using the trading symbol QSP. On the NYSE, however, Restaurant Brands International has chosen the trading symbol QSR—positioning itself as the quintessential representation of the Quick Service Restaurant company. (Quite frankly, we’re kind of surprised that after all this time QSR wasn’t already taken.)

Former Burger King Worldwide Chief Executive Officer Daniel Schwartz is now taking the reins as CEO of Restaurant Brands International, while Tim Hortons CEO Marc Caira will move into the role of Vice-Chairman of the Board of Directors.