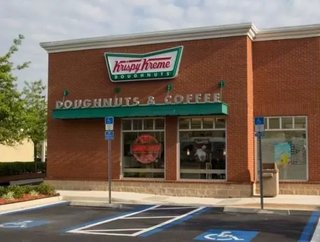 Every franchise aims to spread its influence into new regions, and this week Krispy Kreme is making a leap of its own. This Friday, the doors will open...

Every franchise aims to spread its influence into new regions, and this week Krispy Kreme is making a leap of its own. This Friday, the doors will open at its first South America location – a store in Bogota, Colombia, made possible through to a partnership between Krispy Kreme and franchise partner Industria de Restaurantes Casuales LTDA (IRCC Ltda).

“It feels incredible to be the first Krispy Kreme franchisee in South America. We are eager to introduce this beloved brand and Krispy Kreme’s great-tasting doughnuts to the people of Bogota,” said Felipe Baptiste Liévano, President of VA! Group. “We are confident that our fellow Colombians will enjoy the melt-in-your-mouth deliciousness of the hot Original Glazed® doughnut, and that the unique in-store experience of the Doughnut Theatre™ will bring smiles to the faces of guests of all ages.”

“We are excited to partner with IRCC Ltda. in bringing Krispy Kreme’s one-of-a-kind products and experiences to Colombia,” added Dan Beem, President – International of Krispy Kreme. “We look forward to joining in the grand opening celebrations as the Hot Light is illuminated for the first time in Bogota.”

Krispy Kreme already has locations in 20 countries around the world, but Colombia is its entry point into South America. Depending on this pilot program’s success, Krispy Kreme could have as many as 25 locations within the country over the next few years – after that, the whole continent is ripe with potential.