Will General Mills need to adapt or die moving forward? 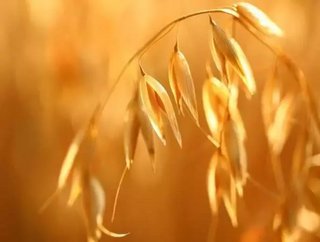 Its been a tough week for General Mills. This week the food processor and breakfast cereal giant settled four major lawsuits filed on behalf of plaintif...

It’s been a tough week for General Mills. This week the food processor and breakfast cereal giant settled four major lawsuits filed on behalf of plaintiffs by the Center for Science in the Public Interest (CSPI) for undisclosed sums. Dating back to 2012, the lawsuits accuse the company of misleading consumers by using the term “100% natural” on products like Nature Valley granola bars that contain corn syrups, soy lecithin and soy protein isolate, and other GMO and processed ingredients.

While General Mills isn’t officially admitting to any liability by settling, stipulations of the settlement dictate that the company is no longer allowed to use terms like “100% natural” on its Nature Valley granola bars or any other General Mills product made with more than a trace of genetically modified ingredients.

This is all part of a much bigger issue—the issue being terms like “100% natural” and “all-natural” and, well, anything “natural” at all are not currently defined by the U.S. Food and Drug Administration. Though the FDA suggests that the term only be used to describe products that don’t contain any “artificial or synthetic substances,” it’s up to individual companies to decide what that means. For some, it means minimally processed food products made with whole fruits or vegetables or grains; for others it means Crystal Light, made with artificial sweeteners and dyes yet billed as “natural.” Without an official FDA definition, it’s pretty easy for a brand to use the “natural” descriptor on whatever products it likes, waiting to worry about it until consumer advocacy groups cry foul and sues—like CSPI did with General Mills (or more recently Kraft’s Crystal Light, for that matter).

But what does this mean for General Mills specifically, now that the brand has ended the settled? It could be significant, perhaps forcing company to make some big decisions about the way it handles sourcing, production, and food processing for its flagship brands.

General Mills is trying very hard to be a part of the organic and natural conversation. For proof, look no further than the brand portfolio that the processor has acquired over the years. Cascadian Farm, Annie’s Homegrown—just as macrowbrewing companies like AB InBev and Miller are using the power of acquisition to try and absorb some of that craft beer magic, General Mills has been on a steady quest to surround itself with some of the biggest and most trusted organic and better-for-you brands.

But while General Mills has made every effort to acquire its way to organic and natural market share good will, it has been slower to take the same steps toward its own General Mills brands. The company clashed with consumers earlier this year after it agreed to start making its flagship Cheerios cereal GMO-free—but only original Cheerios, to the frustration of many consumers who had taken note that Honey Nut Cheerios and other varieties are often produced without GMOs for markets overseas.

Instead of committing to an organic or non-GMO stance for all of its brands, acquired and otherwise, General Mills tends to use looser terms like “all-natural.” But with the outcome of these lawsuits, it won’t have those terms to fall back on anymore. So what’s the next move from here? How will General Mills adapt to the new terms outlined by the settlement? According to the Wall Street Journal, the company already took initial steps by altering the phrasing on its Nature Valley products, but that’s as far as it has gone:

At least some of the packaging for Nature Valley granola bars already appears to have changed. Nature Valley granola thins used to include a “100% Natural” claim on the box, according to a July 2012 lawsuit. Products on the shelves at several Chicago retailers on Tuesday instead have a stamp that reads “made with 100% natural oats.”A spokeswoman for General Mills said the changes were made in 2012 and preceded the lawsuits, which she said the company fought because the suits sought damages. She said General Mills agreed to the settlement to avoid further litigation, and has no plans to change its current labels.

Will that be enough to appease consumers, or will they eventually demand more from General Mills? If the processor fails to get more aggressive on eliminating GMOs and keeping its “natural” products truly natural in the future, will it ultimately lose its grip on the natural and organic market that it has been courting for so long? The answers are obviously unclear, but General Mills will likely have to start making some decisions going into the new year.