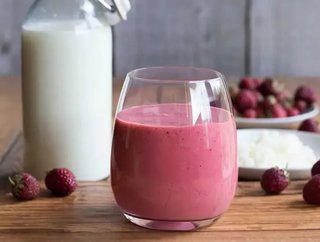 General Mills investment arm, 301 Inc. has invested in NextFoods, the parent company behind juice and shot firm GoodBelly Probiotics. The investment is...

The investment is among one the largest investments 301 Inc. has made in its three-year history.

In an investment round led by 301 Inc. NextFoods raised $12mn, with additional funding coming from existing investors like Emil Capital Partners.

Aimed at improving gut health, the Colorado-based company has already partnered with General Mills to work on a line of probiotic bars.

With this latest investment, GoodBelly will be able to leverage the expertise General Mill’s has gained from growing brands such as Nature Valley and Annie’s Homegrown.

Meanwhile, for General Mills and its investment arm, the deal will help strengthen its presence in the probiotic space.

“This is a significant area we believe is going to grow rapidly," said John Haugen, vice president and general manager of 301.

"We have a whole wave of innovation in the pipeline," added Alan Murray, GoodBelly CEO

The investment comes as gut-health products have grown in popularity as consumers have become more health-conscious.

The probiotics market was estimated to be valued at $45.64bn in 2017 and is projected to reach a value of $64bn by 2022, according to a report by MarketsandMarkets.