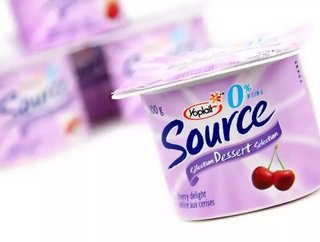 General Mills has reported a smaller-than-expected quarterly profit, as the company is has been hurt by souring yoghurts sales and shrinking US appetite...

General Mills has reported a smaller-than-expected quarterly profit, as the company is has been hurt by souring yoghurts sales and shrinking US appetite for cereals.

The $30bn company - whose brands include Cheerios, Haagen Daz, Betty Crocker and Yoplait - saw revenues for its first fiscal quarter drop 3.5% to US$377bn.

The lower earnings report has seen shares slumped by 5% from the same time last year.

The problem for General Mills? Cheerios, Wheaties, Lucky Charms and other General Mill cereal brands are no longer a morning staple for many consumers. Cereal sales fell 7% from the same time last year, according to the company.

General Mills has another thing to worry about: its yoghurt sales. Plunging by 10%, the company blamed weak demand for its Yoplait Greek and Yoplait Light varieties on its quarterly earning slump.

Sales of its newly-released Oui by Yoplait French-style yoghurt did not compensate for the sluggish performance of General Mills' other yoghurt products.

Like many of its rivals such as Conagra Brand and Kellogg's, General Mills has seen its sales squeezed as consumers increasingly opt for fresh, organic products rather than packaged and frozen food.

The results also come as the sector faces renewed pressure from Amazon as the retail giant enters the brick-and-mortar business thanks to its acquisition of Whole Foods.

CEO Jeff Harmening, said improving the company’s top-line performance was its “number one priority” this year and he predicted that sales would improve later this year.

“We’re encouraged by the improvement we saw in first-quarter retail sales trends, and we’re confident that improved momentum will translate into stronger organic net sales results in the rest of the year, beginning in the second quarter,” he said in a statement.