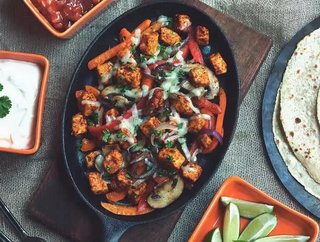 Quorn Foods has announced that it is investing a further £7mn ($9.17mn) into a new product development centre in England. The multimillion-pound inves...

Quorn Foods has announced that it is investing a further £7mn ($9.17mn) into a new product development centre in England.

The multimillion-pound investment in R&D comes shortly after the British firm reported like-for-like sales totalling £112mn ($146.7mn) for the first six months of the year, up 12% on the same period last year.

The company, which makes a meat alternative from “mycoprotein” - a protein derived from fungi -  says that the vegetarian and vegan food boom has prompted the investment in the new Global Innovation Centre.

The new facility will be located at its headquarters in the North East of England.

Quorn Food’s chief executive, Kevin Brennan highlighted that around the world the meat-free category is growing rapidly, typically between 10% and 20%, and even a developed market like the UK is up 15%.

“With category momentum, we are confident we can become a $1bn business in under 10 years”, he said. “We are seeing lots of Silicon Valley investment and hype in this space but we have already built up 30 years of expertise in the meat-free category.

We are already seeing amazing growth internationally: Australian sales are up 50% and US sales are up 23%. In the US supermarket giant Kroger, we now have the fastest selling product in the category. With continued investment we believe we can continue this level of performance.”

The new facility is expected to break ground at the end of the summer and will “enhance capability in both core protein fermentation, the heart of the Quorn Foods’ success, and innovation capability to develop new and better products,” according to the company.