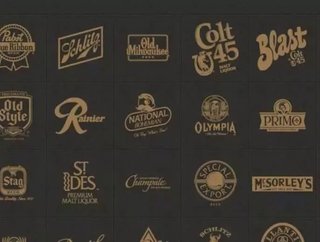 Pabst Blue Ribbon, the Official Beer of the American Hipster&trade;, now belongs to Russia. This week Eugene Kashper, Founder and Chairman of Russian so...

Pabst Blue Ribbon, the Official Beer of the American Hipster™, now belongs to Russia. This week Eugene Kashper, Founder and Chairman of Russian soft drink and brewing company Oasis Beverages, announced that his company has entered into an agreement to acquire Pabst Brewing Company for an undisclosed sum.

What would a leading independent Russian brewing company want with Pabst? There’s a lot to desire in the company, especially after its return from the brink of collapse and metamorphosis into the favorite cheap beer of the Millennial generation. Today Pabst is one of the world’s biggest brewing companies in terms of sales volume, and does especially well in Russia’s next-door neighbor China. Kashper’s own history and the nostalgia factor also come into play – Kashper began his career in the beer industry with Stroh Brewery Company, which is now owned and produced by none other than Pabst.

“Pabst Blue Ribbon is the quintessential American brand – it represents individualism, egalitarianism, and freedom of expression – all the things that make this country great,” says Kashper in a statement to the press. “The opportunity to work with the company’s treasure trove of iconic brands, some of which I started my career selling, is a dream come true. It will be an honor to work with Pabst's dedicated employees and partner distributors as we continue to build the business.”

So far Oasis Beverages seems to have Pabst Brewing Company’s best interests in mind in regards to operations following the acquisition. According to the press statement, Oasis plans to “invest meaningfully” in Pabst, providing strong development and marketing support for all of its brands – which include Lone Star, Schlitz, and Olympia along with Stroh’s and Pabst Blue Ribbon – and driving growth of newer products like the Ballantine IPA (from Pabst’s own recent acquisition of Ballantine Brewery) freshly launched in August.

Oasis also enlisted the partnership of US-based investment firm TSG Consumer Partners LLC, owner of brands like vitaminwater and popchips, as a minority stake investor to help facilitate the acquisition. Pabst will also remain a United States company in nearly all respects – despite the Russian takeover, Pabst headquarters will remain in Los Angeles, CA.