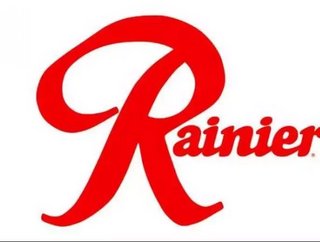 Consolidation and strategic partnerships are ruling the beer industry right now. This week brings the formation of another joint venture between Craft B...

Consolidation and strategic partnerships are ruling the beer industry right now. This week brings the formation of another joint venture between Craft Brew Alliance (owner of brands like Redhook, Widmer Brothers, and more recent acquisition Kona Brewing Company) and Pabst Brewing Company (the company behind brands like Lone Star, Olympia, Colt 45 and hipster favorite Pabst Blue Ribbon). The two brewing companies announced that they have entered into a strategic partnership that they hope will promote further development for both.

The agreement at hand involves Pabst subsidiary Rainier Brewing Company. Through the agreement, Craft Brew Alliance (CBA) will contract brew Rainier Pale Mountain Ale and additional Rainier varieties at its brewery in Woodinville, WA starting in spring of 2016. Furthermore, the agreement gives Pabst the option to buy CBA’s Woodinville brewing facility any time within the next three years.

According to a statement from both brewing companies, this agreement has strong benefits for both CBA and Rainier—allowing CBA to maintain production at its Washington brewery while pursuing expansion nationwide, as well as bringing Rainier back to production in the brand’s home state.

“This partnership with Rainier represents an important next step in our overall brewery optimization strategy, which is focused on leveraging the unique strengths and capabilities of each of our breweries to better balance production across our footprint and support our long-term growth,” said Scott Mennen, CBA Chief Operating Officer, in this statement. “Our partnership with Blues City in Memphis has enabled us to meet consumer demand for core brands such as Kona Big Wave Golden Ale and Redhook Long Hammer IPA, freeing capacity in our Portsmouth brewery to support exciting new strategic partnerships with Appalachian Mountain Brewery and Cisco Brewers. As we complete our Portland expansion and continue transitioning more volume to that brewery, we have been looking for an opportunity to best utilize our production team and capacity in Woodinville. With this brewing arrangement, we not only deliver positive impact to our bottom line, we support another beloved Northwest heritage brand, which benefits the industry and beer consumers overall.”

“We are thrilled to be returning to Rainier’s home state and to begin brewing at this wonderful Seattle facility within sight of Mount Rainier,” added Greg Deuhs, PBC’s Master Brewer, who also served as Director of Operations at CBA’s Woodinville facility from 2008-2012. “We are excited to revive many historic Rainier beers from our archives – starting with Rainier Pale Mountain Ale, which will be offered in the iconic 16oz. Rainier ‘pounder’ glass bottle.”