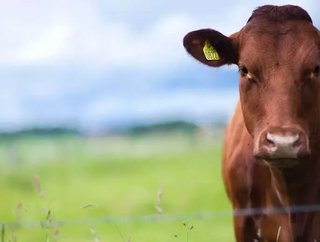 Your health is important, but so is the health of the world around you&mdash;so eating in a way that improves the health of both should be a good thing...

Your health is important, but so is the health of the world around you—so eating in a way that improves the health of both should be a good thing, right? That train of thought could soon be seen reflected at the United States Department of Agriculture (USDA). According to new reports, an advisory panel to the USDA is recommending amendments to the agency’s current healthful dietary guidelines that also take environmental concerns into consideration.

As the Associated Press reports, recommendations from the USDA advisory panel echo sentiments similar to those made by environmental advocacy groups in the past—a diet that’s more plant-based is a diet that ‘s more sustainable and better for the environment:

The advisory panel has been discussing the idea of sustainability in public meetings, indicating that its recommendations, expected early this year, may address the environment. A draft recommendation circulated last month said a sustainable diet helps ensure food access for both the current population and future generations. A dietary pattern higher in plant-based foods and lower in animal-based foods is “more health promoting and is associated with lesser environmental impact than is the current average U.S. diet,” the draft said.

But not everyone is on board, and different factions of the food industry are divided on whether any changes the USDA end up making based on these recommendations would be for the better or for the worse. On the one hand, advocacy groups like the Center for Science in the Public Interest are in favor of more holistic guidelines that take factors like sustainability as well as food safety into consideration.

On the other hand, such recommendations aren’t sitting well with professionals in the industry with the most to lose from guidelines that recommend plant-based foods—the meat production industry, particularly the beef industry. Between new studies strongly linking red meat consumption to cancer and studies earlier last year that found beef production ten times more damaging to the environment than any other type of meat production, it’s a rough time and the industry is pushing back against recommendations that could damage its reputation among consumers even further.

According to the AP, the National Cattlemen’s Beef Association released a statement calling the advisory panel’s recommendation “absurd.” Factions in Congress are also calling for continued recommendations to choose lean meats instead of reducing meat intake altogether, urging the USDA to stay focused solely on nutrition and to leave outlying factors like sustainability out of its final decisions.

Since it’s still just a recommendation from an advisory panel, the USDA still has the choice to take it or leave it. Whichever way the agency ends up going, finalized dietary guidelines are expected to be published next year, where they will be integrated into school lunch programs and other federal food-based programs.