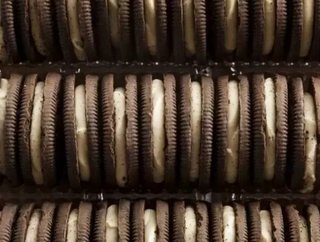 In October 2014, food processing powerhouse Mondelez International announced that it would be investing $90 million in a brand new biscuit manufacturing...

In October 2014, food processing powerhouse Mondelez International announced that it would be investing $90 million in a brand new biscuit manufacturing plant in Bahrain in an effort to better cater to a rising demand for biscuits, candy, and snacks across the Middle East and Africa. Today Mondelez International reached an important milestone in the building of that new plant, laying the cornerstone for the facility during a celebratory ceremony overseen by Bahrain Minister of Commerce & Industry Zayed R. Alzayani.

"Demand for our biscuits in the Middle East and Africa has been growing at double-digit rates and investing in a state-of-the-art facility in Bahrain will enable us to capitalize on this," said Daniel Myers, Mondelez International Executive Vice President, Integrated Supply Chain, in a press release announcing the cornerstone laying ceremony.  "This new investment is part of our journey to reinvent our supply chain around the world to meet growth demands, while also reducing costs and improving productivity."

Over its first few years of operation the plant, built on 2.7 million square feet of land, will be producing Prince and TUC biscuits, Barni cakes, Oreo cookies, and Ritz and belVita biscuits. The plant is expected to produce nearly 90,000 tons of product per year, and should start production early in 2016.

"Having confirmed the project in October 2014, we are very pleased to see Mondelez International moving ahead quickly with construction of this multi-million-dollar facility that will make such a valuable contribution to the economy and people of Bahrain," Minister Alzayani told the gathering that came together for the cornerstone ceremony. "We look forward to the completion of construction and full commercial operations early next year."