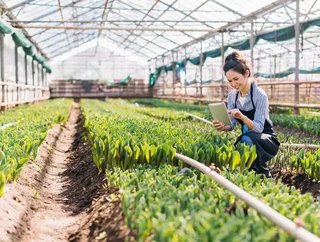 As food and beverage companies scramble to cut through the noise, PepsiCo Ventures Group is giving startups the support they need as it expands into the...

As food and beverage companies scramble to cut through the noise, PepsiCo Ventures Group is giving startups the support they need as it expands into the US following European success...

PepsiCo is no stranger to innovation. From Pepsi to Lay’s, Tropicana to Quaker Oats, the food and beverage giant has sculpted brands that are now commonplace on grocery shelves across the globe. Under its banner, PepsiCo has not only created its own iconic flavours and styles but it has also nurtured startups with capital investments and even acquisitions. It’s a good deal for both parties: with an ear to the ground, PepsiCo can stay one step ahead of the hottest trends shaking up the sector, while newcomers can take advantage of the wealth of experience PepsiCo has gained since it was founded over 120 years ago.

The engine behind these partnerships is the company’s trailblazing investment arm, PepsiCo Ventures Group. In order to push its venture footprint further, last year the investment arm launched the Nutrition Greenhouse accelerator in Europe, a six-month program that gave 10 start-ups €20,000 (US$22,500) and matched them with a mentor from PepsiCo. Offering guidance on strategy, fundraising, supply chain management and more, the accelerator proved to be a hit and now PepsiCo is bringing the scheme back to North America to help start-ups gain an edge in the ever-competitive market.

At the helm of Pepsi Venture Group is Managing Director Daniel Grubbs. Having begun at PepsiCo over five years ago, he first cut his teeth in marketing and consultancy, helping early-stage and mid-tier companies navigate transformation issues and mergers and acquisitions (M&A). He says that this was the perfect precursor for leading PepsiCo Ventures Group’s agenda.

Today, the Nutrition Greenhouse accelerator is underway in North America and the firm is also eyeing up future investments. But when hundreds and thousands of startups are vying to cut through the noise, what advice would Grubbs give today’s startups? As well as having a real passion for what they do, Grubbs underlines the value of creating a network of employees and mentors who foster creativity and ingenuity. “I think it's really important that startups surround themselves with people, inside and outside of the company, who bring a lot of different perspectives; people can provide different counsel and advice. A lot of times, this isn’t something that you can do on your own. It's a joint effort and there's a lot of experience and guidance to be found.”

PepsiCo has a clear idea of what makes a successful brand and it’s got the figures to back it up: it’s now the third largest food and beverage company in the world and last year 22 of its brands generated more than US$1bn in estimated annual retail sales. Now a month into its North American Greenhouse Accelerator, Grubbs asserts that the startups involved will really benefit from working with people who've been in their shoes.

“Through the accelerator, we're trying to understand where startups are at on their journey: so how they're currently operating, what their goals are and where they want to be post-programme. Our mentors really sit down and understand these dynamics. Then, it's a matter of providing advice on product innovation, product formulation and some of the supply chain challenges that they might be going through, for example.

“We've been through many of the challenges that they're going through,” he adds. “We’re trying to help them skip past these hurdles so that they can become more viable and more efficient. There's a lot of different areas where our expertise and our history of operating across a wide spectrum of markets can really offer value.”

One such company that PepsiCo Ventures Group has taken under its wing is Your Superfoods, a Berlin-based firm that makes superfood powder mixes for smoothies. “They’ve taken a direct-to-consumer approach and are really authentic in terms of sticking with their methods of delivering superfoods that are organic and without fillers,” says Grubbs. “They’ve grown from being just a German operation and expanded across Europe and the US. They really benefited from the programme and have continued to see acceleration over time.”

Last year’s winner of the European accelerator programme, Erbology, has also continued on an upward trajectory. The London-based company, which produces a line of powders, oils, snacks and ingredients aiming to boost the nutritional value of foods – used its €20,000 winnings to develop new products and raise brand awareness. “Erbology has really taken the reins and continued to drive their portfolio and expansion,” notes Grubbs. “They've moved into the US market and they’ve continued to refine their positioning with consumers. Erbology has been one startup that's really remained true to what the brand is about whilst building a deep consumer following.”

Armed with inventive sustainability plans, unique taste propositions, trailblazing technologies and more, innovation is rife in the food and beverage sector and PepsiCo is keeping its finger on the pulse. Through its venture group, PepsiCo is keeping an eye on the food, beverage and snack sector as well as untapped opportunities of growth known as ‘white spaces.’

Now, as it expands its project to North America, PepsiCo is on the lookout for the next big thing – but what does that entail? For Grubbs, it’s important that the startup has strong business acumen and a long term strategy. “We focus on what segment they are operating in and whether it aligns with our long term perspective. We ask if they have developed a proof of concept with customers even in new channels that could help the company grow. Have they put together a leadership team that we believe will support and drive the company?” By checking these boxes, PepsiCo wants to see the beginning of an impactful brand, one that resonates with customers and meets an untapped market. Whilst the products on their own are crucial, the essence of the company and its connection with the consumer is also a prerequisite for PepsiCo.

PepsiCo is also keen to work with startups which align with its ‘purpose with performance’ mission: an ethos that champions sustainable, long-term growth while leaving a positive mark on society and the environment. “We ask whether there is a sustainable element to the business,” says Grubbs. “We ask if the business model is rooted in an idea that is meaningful and important for consumers but is also financially viable. We're looking for companies who are akin to the spirit of ‘performance with a purpose.’

As consumers are bombarded with information from media, bloggers, family and friends, the health and wellness trend is firmly at the forefront of the consumer psyche. People are on the lookout for healthier and nutritious foods – and they’re willing to pay for it. Grubbs predicts that this will continue to remain a key trend in the future.

“Whether it's food or beverage, a snack or a meal, I think we will see the continual evolution of more nutrient density in the market,” predicts Grubbs. “It's not just about the calories, it's also about what it delivers for consumers in terms of health and lifestyle benefits.”

2018 marks an historic year for the PepsiCo family, with the company’s former CEO, Indra Nooyi, having stepped down after 12 years at the helm of the firm. As the first female boss of PepsiCo she helped to grow its revenue by more than 80%. “I think Indra has really defined what PepsiCo is today and even more broadly, what it means to be a leading consumer packaged goods company not just in North America but globally,” said Grubbs.

“The focus and attention towards ‘performance with purpose’ has been central to who we are and how we are operating and so, I think that legacy will continue to stand.” Ramon Laguarta, former President of PepsiCo, has taken over the reins, and Grubbs believes he will continue the firm’s upward momentum. “Coming from within PepsiCo, Ramon understands what we are trying to achieve,” Grubbs adds. “He is very supportive of the company’s progressive stance and he’s keen to make sure that we continue to head where our consumers are going.”