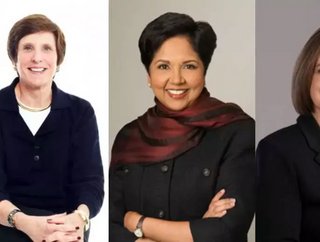 In the executive world, the ratio of men to women is still greatly skewed toward the status quo: according to reports as recent as April, women account...

In the executive world, the ratio of men to women is still greatly skewed toward the status quo: according to reports as recent as April, women account for only 4.6 percent of CEOs at S&P 500 companies. Considering the tenure and importance of most CEOs to the company that they lead, that’s a number that is going to change only gradually—but it is changing, and as women increase their representation in the executive workforce they’re also increasing their representation along the executive pay scale as well.

According to the most recent reports, the median pay for female chief executive officers has risen to $15.9 million, up a substantial 21percent from 2013. Even more interesting, while it’s no surprise that Yahoo CEO Marissa Meyer continues to top the list as the highest paid woman in a CEO role, four of the top 10 highest paid female CEOs reside in our world of agribusiness, food processing, and manufacturing.

Ellen Kullman, CEO for DuPont, brought up the rear of the list with an earnings decrease of 1 percent down to $13.1 million. Just above her are Irene Rosenfeld (CEO of snacks giant Mondelez International, earning a perfectly median $15.9 million in 2014) and Patricia Woertz (of Archer Daniels Midland, who left her CEO role at the end of 2014 after nine years with final yearly earnings of $16.3 million). The highest paid female CEO in the food and beverage world also maintains the highest profile: Indra Nooyi, CEO of global soft drink and snack brand PepsiCo.

What does this say about the food and beverage industry? Women are gaining a stronger place in the executive world at the highest levels, and not a trend relegated to any one particular industry. Wherever there’s a need for a leader, from seeds and commodities to drinks and snacks, there are women well qualified and ready to take on the challenge.