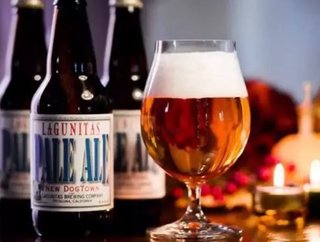 For two decades and counting, Lagunitas Brewing Company has enjoyed a reputation as one of Californias largest and most well known premier craft breweri...

For two decades and counting, Lagunitas Brewing Company has enjoyed a reputation as one of California’s largest and most well known premier craft breweries—and with the construction of a third brewing facility in Azusa now underway, the company has been growing rapidly and attracting a lot of attention along the way. Now the central California brewing company is growing again in an unexpected direction, crossing over into the mainstream brewing world to join forces with one of the Big Four: this week Heineken announced that it has acquired a 50 percent shareholding stake in Lagunitas.

Anheuser-Busch InBev and SABMiller have been active in absorbing craft breweries into their portfolios, but this represents Heineken’s first foray into the United States craft beer market, and the macro brewery is excited about this deal’s potential to “build a strong foothold in the dynamic craft brewing category on a global scale.” In the press release issued by Heineken on Tuesday, CEO and Chairman of the Executive Board Jean-François van Boxmeer commented:

“We are very excited to partner with Lagunitas. We recognise and respect the tremendous success of Tony and his team in building one of the great U.S. craft beer brands. We look forward to that same team partnering with us to expand Lagunitas globally, so it can reach parts of the world that other craft beer brands have not.”

It isn’t hard to see why the Netherlands-based brewing company targeted Lagunitas as a partner.  As Heineken outlined in its press release, Lagunitas enjoyed a 58 percent compound annual growth rate between 2012 and 2014, which will only grow further with the impending launch of its third facility. The company has already demonstrated global potential through successful launches in Canada, the UK, Sweden and Japan. IPAs are hot right now worldwide, and Lagunitas is at the heart of that movement with some of the most successful craft pale ales and IPAs on the market—partnering with Lagunitas places Heineken right where it wants to be, with a strong stake in the craft beer and IPA market share right out of the gate.

Lagunitas also has reasons for selling this significant stake to Heineken—the funding that Heineken can provide will enable the company to maximize its global growth and spread the craft beer gospel worldwide. Lagunitas founder Tony Magee, who will continue to operate Lagunitas and maintain his position along with his current executive team, gave an official comment:

“This venture will create a way for Lagunitas to let HEINEKEN participate in the growing craft beer category across its global distribution network in places from Tierra Del Fuego and Mongolia to the far-flung Isle of Langerhans. Lagunitas will share in the best quality processes in the world and enjoy access to opportunities that took lifetimes to build. This alliance with the world's most international brewer represents a profound victory for U.S. craft. It will open doors that had previously been shut and bring the U.S. craft beer vibe to communities all over the world."

He also posted an expansive and reflective essay to Tumblr, quoting philosophers like Nietzsche and Heraclitus to help further explain his thought process behind the controversial deal. While more esoteric and personal, the sentiment is largely the same as the official press release statement: Lagunitas is on a mission to “export the exciting vibe of American craft beer globally,” and Heineken is willing to help them do it. What’s more, Magee explains, that 50 percent stake (as opposed to a full acquisition) shows that they are willing to help in a way that may be less problematic and more beneficial overall for the evolving craft beer industry:

Amid all of this uncertainty, and being 55 years old going on 80, I had to think long and hard about how to steer our ship into these new waters. There are basically five categories of options that range from indifference all the way to going head-first over the transom and selling the business to someone else to steer the ship instead. […] Our new Joint Venture with Heineken is that ’sixth way’. It represents a mutual respect society, a meeting of equals, a partnership of peers. The graduation of American Craft Brewing along with the people who brew it onto the world stage. […] What we have created in this relationship is a wide staircase to the sky for all of our people and for our brand as well as for the home-grown vibe of American Craft brewing.

Heineken did not disclose the financial details for this deal; it is expected to close by the fourth quarter of 2015.