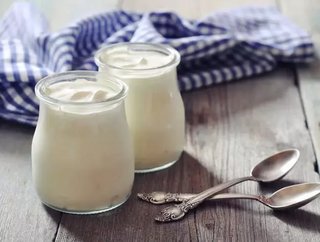 French dairy group Lactalis has agreed to buy siggi’s, the US-based maker of Icelandic-style skyr yoghurts, for an undisclosed sum. Founded over a de...

French dairy group Lactalis has agreed to buy siggi’s, the US-based maker of Icelandic-style skyr yoghurts, for an undisclosed sum.

Founded over a decade ago by Siggi Hilmarsson, siggi’s has quickly become one of the fastest growing yoghurt brands at grocery stores such as Stop & Shop and Publix, and it recently became the top-selling yoghurt at Whole Foods, according to the company.

With its tagline “simple ingredients, not a lot of sugar”, the brand has tapped into a consumer shift towards healthier, low-sugar options.

siggi's products contain least 25% less sugar than other leading flavoured yoghurt brands, according to its website.

After moving to New York from Iceland, siggi’s founder Siggi Hilmarsson felt that American yoghurt was too sweet and artificial to his liking.

Based on a recipe sent by his mother, Siggi began making skyr - an Icelandic-style yoghurt - and went on to establish his own company in 2005.

Following the deal, siggi’s will continue operating out of its New York City office as a stand-alone company run by its current leadership team including CEO Siggi Hilmartssoon and President Bart Adlam.

“We’re excited to join the Lactalis family, which offers the opportunity to further fuel our growth,” Mr Hilmarsson said.

“Our core values of clean ingredient labels and less sugar will remain 100% unchanged. Consumers everywhere are actively trying to reduce sugar in their diets so our offering has a global relevance.”

Lactalis is one of the world’s largest dairy companies reporting annual sales of around EU€17bn.

Lacatalis said the deal hopes to “further expands our yoghurt platform in the U.S. with this unique and fast-growing yoghurt brand.”

“We are delighted to welcome Siggi’s to the Lactalis Group, which further expands our yoghurt platform in the US with this unique and fast-growing yoghurt brand,” added Lactalis president Emmanuel Besnier.

“We look forward to supporting Siggi’s as it continues to bring its retail partners exceptional dollar growth in the yoghurt category.”