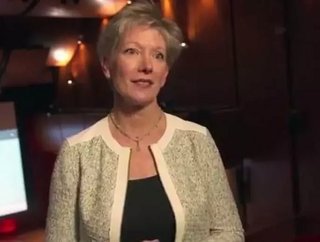 General Mills is building a stronger media presence, and it has found the right person to make that happen among the executive staff of SABMillers US di...

General Mills is building a stronger media presence, and it has found the right person to make that happen among the executive staff of SABMiller’s US division MillerCoors. This week General Mills hired Jackie Woodward to fill the newly created role of Vice President of Global Media, bringing her over from her former position as Vice President of Marketing Connections at MillerCoors.

So, what exactly does the position of VP Global Media entail? According to AdAge, Woodward’s new job will have her reporting to General Mills Senior VP-Chief Marketing Officer Mark Addicks, and will require her to “oversee all paid, owned and earned marketing efforts to ‘drive high-impact media plans’” for the company. She will also take on full accountability for all General Mills efforts, from paid media to social media.

That would be a lot of responsibility in any company, but at General Mills it’s even more powerful. As AdAge notes, General Mills is the 44th largest advertising force in the United States (one ahead of MillerCoors), spending $894.2 million on marketing efforts in 2013 alone.

But Woodward is no stranger to this kind of responsibility, having overseen a wide range of marketing, licensing, and partnership development at MillerCoors. Before that, Woodward was putting her marketing skills to work at McDonald’s Corporation. Her years of experience and expertise have General Mills executives like Addicks excited about what Woodward will be able to bring to the table:

"Jackie's expertise and breadth of experience in the food and beverage industry will be an invaluable asset to General Mills," Mr. Addicks said in a statement. "We're confident this addition to our team will enable us to further advance our global media capabilities and drive rapid adoption of media strategies across our … businesses and key international markets."

MillerCoors has not yet announced a replacement for Woodward.