Four Reasons Why Craft Soda Could Be the Next Craft Beer 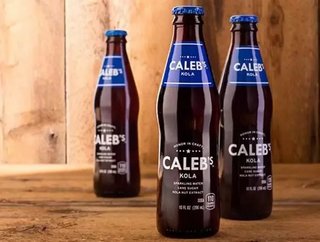 Pepsi is heading in an all-new direction, and this soda of the future looks an awful lot like soda of the past. The beverage giant is launching &ldquo;C...

Pepsi is heading in an all-new direction, and this soda of the future looks an awful lot like soda of the past. The beverage giant is launching “Caleb’s Kola,” a glass bottle-packaged cola named for Caleb Bradham – the North Carolina pharmacist credited with creating the original Pepsi-Cola formula in the 1890s. Brewed with kola nut extract and cane sugar instead of the industry standard high fructose corn syrup, Caleb’s Kola is being marketed under the tagline (and hashtag, natch) “Honor in Craft,” drawing parallels to the rapidly growing craft beer industry.

Is this new launch from PepsiCo unique? Or is it the beginning of a new trend in beverages? As soft drink sales continue to wane, could craft soda be the trend that saves the industry? It’s a very real possibility, and there are some very good reasons why soft drink brands could find success with a throwback-inspired take on the common soft drink.

Soft drink sales have been falling for some time now – but so have sales for traditional macrobrewery beers, while craft beer has been on the rise. Perhaps it’s not soft drinks in and of themselves that are losing their appeal, but the way that traditional soft drinks right now are being made. Many consumers are shying away from ingredients contained in most soft drinks – ingredients like high fructose corn syrup or artificial dyes and flavors – but are gravitating toward sodas with more natural ingredients:

It's the latest sign of soda giants trying new strategies to win back customers. Americans have been cutting back on soda for years, with executives blaming the decline on concerns over the high fructose corn syrup in soda, and more recently, the artificial sweeteners in diet sodas. At the same time, marketers have noted that people are gravitating toward products they feel use real ingredients. Simon Lowden, chief marketing officer for PepsiCo's North American beverage unit, recently said in a phone interview that a version of Pepsi made with "real sugar" has been performing well.

PepsiCo isn’t the only company taking this concept and running with it, either. Soft drinks are an integral part of Starbucks Corporation’s diversification plan, with the brand’s Fizzio sodas offering consumers a cold carbonated choice besides the usual coffee and tea – and like Pepsi’s Caleb Kola, Starbucks’ Fizzio drinks are also marketed as “handcrafted” with flavors that rely more on spices and natural extracts than processed corn syrups.

As PepsiCo CMO Simon Lowden mentioned earlier, Pepsi’s “real sugar” version has been performing well. It’s likely that the version he is referring to is Pepsi Throwback (which also comes in a Mountain Dew version as well). There’s more than one reason why Pepsi and Mountain Dew Throwback continually do so well among consumers, and it’s not only because of the cane sugar. The throwback motif and the styling of the packaging also convey a strong sense of nostalgia, which can be a powerful tool with consumers. There’s still a niche market for specialty sodas with artful nostalgic packaging from Bubble Up to Sioux City Sarsparilla, and mainstream production and distribution can only take the idea even farther.

Craft Soda Has a Place in the Craft Sprits Sector

The popularity of craft beer can be at least partially attributed to the rise of a whole aesthetic among Millennials of drinking age. Speakeasy bars and neighborhood brewpubs, craft cocktails, artful craft cuisine, a desire for authenticity – it’s all part of the same zeitgeist. It might seem like craft soda wouldn’t have much of a place in this sector, but it all depends on how you look at it.

After all, while soda itself may be nonalcoholic, everyone knows that a good soft drink can be a mixing ingredient in a high quality craft cocktail. New flavors with varying levels of sweetness, from traditional sugary soft drinks to lighter sparkling sodas with a hint of flavor, could inspire mixologists toward new creations of their own – brands like IZZE and DRY Soda even offer up cocktail recipes right on their websites. Caleb’s Kola is also preparing for a similar strategy, with a “mixology” tag ready and waiting to be fleshed out on its website.

The benefit of traditional soft drinks today is that they are cheaper than ever to produce and package. In terms of consumer appeal, that can also be a drawback – if proper time and care is not taken to prove otherwise, consumers may associate that cheapness with a reduction in quality.

Craft soda on the other hand, much like craft beer, takes more care to produce than its mainstream counterparts. It uses higher quality ingredients and finely labeled bottles or slim architectural cans. It has a more expensive, luxurious feel. Those are all premium qualities that demand a premium price tag.

Does higher quality “craft” soda cost more to produce than traditional soda? Undoubtedly. But the tradeoff comes further down the line as producers and retailers are able to charge considerably more for a premium product and feel confident that interested consumers will ultimately regard the premium beverage as being worth the extra cost. In the end, that could add up to a product that’s as good for consumer satisfaction as it is for bottom lines.

PepsiCo’s Caleb’s Kola is currently only available in select test markets, making its way into Costco Wholesale locations in Maryland, Virginia, New York, and Washington, DC. But if the product does well, it’s only a matter of time before it launches everywhere. If it succeeds, others like it are likely not too far behind.