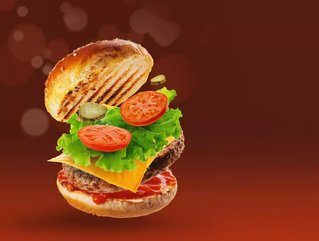 The trend for vegan and vegetarian options is gaining momentum. Perhaps surprisingly, restaurants leading the charge were made famous for their meat-based offerings.

Fast food royalty, Burger King has tag-teamed with Deliveroo to launch a Meat-Free Monday campaign. The food delivery company – known for its ubiquitous bicycle-mounted employees – announced it will represent the beginning of several promotions for plant-based choices throughout the rest of the year.

The initiative will run every Monday until mid-September, excluding Bank Holiday Monday. Furthermore, those who spend at least £15 at Burger King on the Deliveroo app will receive a free Vegan Royale.

The newly conceived burger features a crispy plant-based chicken patty made by The Vegetarian Butcher. The convincing creation arrives on a toasted sesame seed bun, along with iceberg lettuce and vegan mayonnaise. The burger launched in April and has received certification from The Vegan Society.

Clearly, meat free burgers are on a roll, making a positive impact on climate change with beef production due to reduce exponentially.