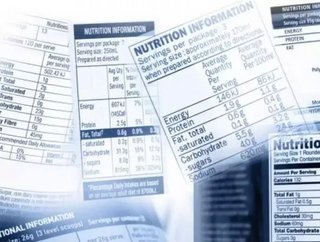 Food manufacturers and packagers in Canada could be facing some major changes in the near future. The Government of Canada is taking a serious and invol...

Food manufacturers and packagers in Canada could be facing some major changes in the near future. The Government of Canada is taking a serious and involved look into the current state and effectiveness of nutrition labels and the nutrition facts table (NFT), and proposing a series of changes to help consumers make more informed decisions about the food they eat.

According to reports, Health Canada is now in its second round of consultations on proposed changes to nutrition labeling, after gathering feedback and suggestions from Canadian consumers during the period of January to April 2014.

Proposals surrounding sugar content seem to dominate the new proposals to a significant degree. Sugar content is a huge concern in Canada as well as around the world, and there are three new labeling proposals on the board attempting to address this in different ways by providing a much more prominent breakdown of how sugars are involved in food products. Health Canada may end up with one or a combination of these proposals:

With that said, the new proposals do also touch on several other issues of concern to consumers and Canada’s Ministry of Health. Some other proposals include:

It isn’t likely that all of these suggestions will be implemented simultaneously, or at all – new labels are still very much in the planning and consultation phase, and Health Canada is looking for industry input on how to improve labels in a way that is tenable for manufacturers. Industry stakeholders have until September 12, 2014, to submit suggestions and comments regarding Health Canada’s current proposal documents. The Canadian government will take these notes into consideration while making further decisions on the shaping of the nutrition labeling system.