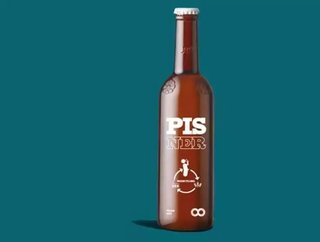 Many of us have had the unpleasant experience of using festival toilets, but few would imagine that urine turning up into a pint glass. And there is no...

Many of us have had the unpleasant experience of using festival toilets, but few would imagine that urine turning up into a pint glass.

And there is no need to worry, for it’s not about to happen anytime soon. However, a Danish brewer did find use for 54,000 litres of urine gathered at the Roskilde Festival near Copenhagen two years ago.

Nørrebro Bryghus is collaborating with the Danish Agriculture and Food Council to brew 60,000 bottles of pilsner, called Pisner, using 11 tons of malting barley fed by the festival urine. The brewing process started at the end of March and the public will be able to taste the finished product in June this year.

Karen Hækkerup, CEO at the Danish Agriculture and Food Council: “Just as we have seen shops sell goods that would otherwise have been thrown out, Beercycling allows us to recycle a product that is normally flushed down the drain. When it comes to circular economy, Danish farmers are some of the best in the world. If you can brew a beer with urine as fertiliser, you can recycle almost anything.”

Henrik Vang, Executive Director at Nørrebro Bryghus, added: “We want to be a part of the Beercycling project partly due to the story it has already told, but also because it is interesting to partake in a project, which addresses the challenges of sustainability and circular economy. Basically, it is a cool project.”