Starbucks is opening its first store in Italy, home of espresso 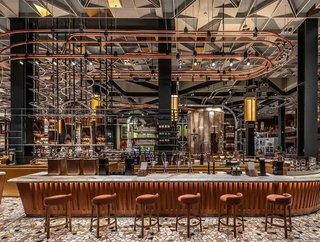 Starbucks Corporation has opened its first store in Italy, with a 25,000 sq.ft. Reserve Roastery inMilan. The world's largest coffee chain said that th...

Starbucks Corporation has opened its first store in Italy, with a 25,000 sq.ft. Reserve Roastery in Milan.

The world's largest coffee chain said that the Roastery will be opening inside the historic Poste building in Piazza Cordusio.

“We have taken our time to ensure our entry into Italy is done thoughtfully and respectfully,” said Kevin Johnson, chief executive officer, Starbucks.

“The introduction of our Roastery and premium Reserve brand will set the stage for the long-term development of our core store portfolio with our world-class licensee partner, Percassi.”

Italy is Europe’s sixth biggest consumer of coffee, according to the International Coffee Organisation.

Starbucks arrival in Italy will represent its 78th global market.

The coffee firm currently has two other Roasteries: the Seattle Roastery, which opened in 2014, and the Roastery in Shanghai, which debuted in 2017.

The Seattle-based company said that the opening reinforces its investment in its premium brand and will aid its overall growth strategy.

“Everything we have experienced, since that first moment of inspiration 35 years ago to now being a daily part of millions of people’s lives around the world, we bring with great respect to Italy,” said Howard Shultz, chairman emeritus of Starbucks.

"On behalf of the 350,000 partners who wear the green apron and millions before them, I am so proud and humbled to bring our Italian customers an experience that is the very best of Starbucks.”