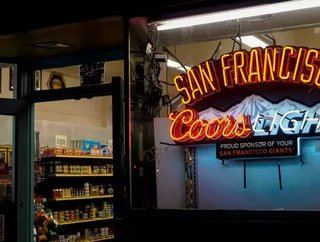 Molson Coors has announced that Sergey Yeskov, current sales and customer excellence officer of its Canadian division, has been promoted to the role of...

Molson Coors has announced that Sergey Yeskov, current sales and customer excellence officer of its Canadian division, has been promoted to the role of president and CEO of Molson Coors International.

The brewer of brands such as Coors Light, Blue Moon and Cobra said that Yeskov will assume the position on 1 January 2018.

He replaces Stewart Glendinning, who left Molson Coors to take up the role of CFO at US meat giant Tyson Foods.

“As a commercial leader with proven results and an innate understanding of what is required to achieve our first choice ambition, Sergey is a valuable addition to the MCBC Enterprise Leadership Team,” said Molson Coors CEO Mark Hunter.

Prior to Yeskov’s work at the Canadian unit, Yeskov headed the Molson Coors Croatia and Bosnia business and sustained share and profit growth.

He is succeeded in his role as chief sales and customer excellence officer by Andrew Storfeur, currently VP sales West Region.

Molson Coors recently recorded a net sales decrease of 2.1% in its third-quarter compared to the same period last year, however, the brewer saw volumes increase in Europe.

Earlier this year, CEO Mark Hunter warned that 2017 would be a ‘transition year’ following the acquisition of Miller Coors.