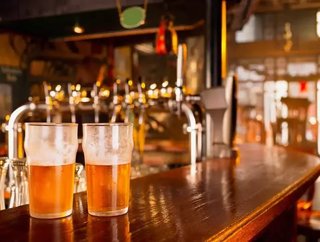 JD Wetherspoon posted better-than-expected profits for the first half of the year but remainedcautious about the months ahead, warning that sales will b...

JD Wetherspoon posted better-than-expected profits for the first half of the year but remained cautious about the months ahead, warning that sales will be lower due to rising operating costs.

The British pub company reported pre-tax profits of £54mn for the half-year until 28 January - up 36% on the same period last year.

However, Tim Martin, founder and chairman at Wetherspoons, remained ‘cautious’ about the outlook for the rest of the year, predicting that sales will be lower over the next six months because of rising costs.

‘The company anticipates higher costs in the second half of the financial year, in areas including pay, taxes and utilities,’ he said.

‘In view of these additional costs and our expectation that growth in like-for-like sales will be lower in the next six months, the company remains cautious about the second half of the year.’

Martin also used the trading update to reiterate his views on the UK’s planned departure from the EU, describing forecasts that Brexit would lead to a rise in food price as “a fallacy”, and that if international imports became more expensive for Wetherspoons it would switch to local alternatives.

The Wetherspoons boss also apologised to customers for a meat recall earlier this year whereby sirloin, rump and gammon steak was taken off the menu of the chain’s the UK and Irish pubs.

During this half-year period, the pub chain opened new sites and closed 12, bringing the total number of pubs open to 886.