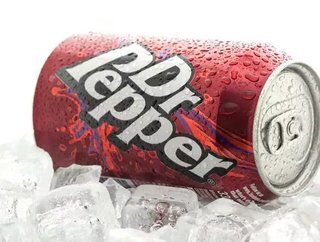 The full-year figures come a few weeks after Keurig Green Mountain announced that it was buying the soft drink giant for nearly US$19bn in cash.

Dr Pepper, who owns brands include Bai fruit drinks and the eponymous Dr Pepper, said that its fourth-quarter revenue changed little from a year ago at US$1.6bn.

The fourth quarter results fell short of the US$1.7bn predicted by Wall Street.

The drink giant’s non-carbonated drinks saw a 4% increase in volume on the year before, following the group's acquisition of Bai Brands two years ago. Meanwhile, the group’s branded carbonated soft drinks were 1% higher.

The tie-up of Keurig Green Mountain and Dr Pepper will allow Keurig and its owner JAB Holding Co, to utilise Dr Peppers distribution system for their coffee products.

It was the largest soft drinks deal on record, according to financial markets platform Dealogic.

Dr Pepper Snapple has been a distant third in the US soft drinks market. According to market intelligence firm Euromonitor, the drinks group controls 8.5% of US sales compared with Coca-Cola’s 8.5% and PepsiCo’s 19%.