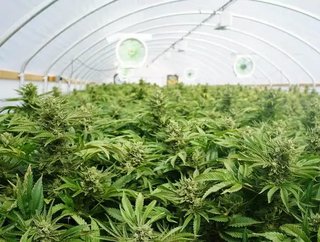 Constellation Brands has announced that it has agreed to buy a near 10% stake in Canopy Growth Corporation, the world’s largest publicly traded cannab...

Constellation Brands has announced that it has agreed to buy a near 10% stake in Canopy Growth Corporation, the world’s largest publicly traded cannabis company.

The US$191mn deal will allow the alcoholic beverage giant and Canopy to develop cannabis-infused drinks and “stay ahead of evolving consumer trends.”

Canopy Growth is the world’s largest publicly traded cannabis company with a market value of about C$2.4bn.

The acquisition is seen as a head-start in an industry which Constellation President and CEO Rob Sands expects will be legalized soon.

“Canopy Growth has a seasoned leadership team that understands the legal, regulatory and economic landscape for an emerging market that is predicted to become a significant consumer category in the future,” Sands added in a press release.

“Our company’s success is the result of our focus on identifying early stage consumer trends, and this is another step in that direction.”

Speaking to The Wall Street Journal, Street said that Constellation doesn’t intend to sell marijuana-based drinks in the US before the substance is legalised nationwide.

However, Sands said that it could potentially sell in Canada - where edible and drinkable cannabis-based products are predicted to be legalised by 2019 – as well as other nations which allow recreational use.

The transaction is expected to close by early November and as part of this, Constellation has the opportunity to raise its stake to nearly 20%.