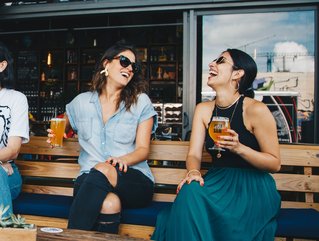 Following a report by Health Canada, health officials have warned no amount of alcohol in healthy and recommend that people reduce their drinking habits.

Canadian health officials have overhauled their guidelines for alcohol consumption, warning that no amount is healthy and recommending that people reduce drinking as much as possible.

The new guidelines, issued this week, represent a major shift from the previous ones introduced in 2011, which recommended that women consume no more than 10 drinks per week and that men limit themselves to 15.

The report states: “Research shows that no amount or kind of alcohol is good for your health.

“It doesn’t matter what kind of alcohol it is — wine, beer, cider or spirits. Drinking alcohol, even a small amount, is damaging to everyone, regardless of age, sex, gender, ethnicity, tolerance for alcohol or lifestyle. That’s why if you drink, it’s better to drink less.”

The nearly 90-page report, from the Canadian Centre on Substance Use and Addiction (CCSA), details a variety of health risks associated with what was previously considered low alcohol consumption.

According to the CCSA, any more than two standard drinks - each the equivalent of a 12-ounce (341ml; 0.6 pints) serving of 5% alcohol beer or a five-ounce (142ml; 0.26 pints) glass of 12% alcohol wine - brings an increase in negative outcomes, including breast and colon cancer.

"The main message from this new guidance is that any amount of alcohol is not good for your health," said Erin Hobin, a senior scientist with Public Health Ontario and a member of the expert panel that developed the guidelines. "And if you drink, less is better."

"The new guidance is maybe a bit shocking," Dr Hobin said. "I think it's very new information for the public that at three standard drinks per week, the risk for head and neck cancers increases by 15%, and further increases with every additional drink."

"Three standard drinks per week to most Canadians wouldn't be considered a large amount of alcohol," she added.