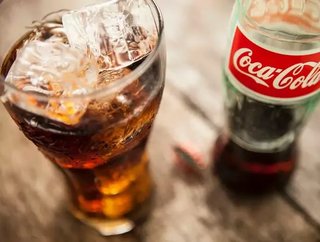 The Coca-Cola Company reported strong fourth-quarter earnings results despite battling a shrinking market for its core products. The growth of sugar-fr...

The growth of sugar-free drinks and new products like Smartwater and Appletiser helped to offset flat soft drink sales at the company.

The beverage giant reported 6% organic revenue growth in its fourth quarter as sales of waters and sports drinks were up 2% and tea and coffee beverages also rose by 2%.

Coca-Cola’s net revenue declined 20% for the quarter as sales were impacted by the company’s refranchising of bottling facilities, which the company says are now complete.

The beverage giant was also hit hard by a one-time 43.6bn charge due to changes in US tax laws.

"We achieved or exceeded our full-year guidance while driving significant change as we continued to transform into a total beverage company," said James Quincey, Coca-Cola CEO.

"While there is still much work to do, I am encouraged by our momentum as we head into 2018."

It has been a difficult period for the soft drink market, with rival Pepsi recording a drop in beverage sales in North America as industry challenges continue to intensify.

Coca-Cola CEO Quincey says that he hopes to tackle these challenges by investing in smaller, diversified beverage companies and becoming a “total beverage company.”