Arla may trial fizzy milk drink in the UK, Singapore and UAE 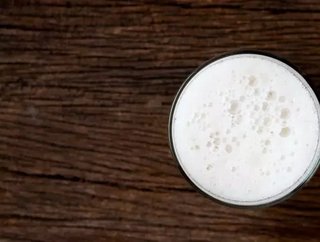 Fizzy milk could be about to hit supermarket shelves in the UK, Singapore, and UAEas a major milk producer reportedly has plans to make it the next big...

Fizzy milk could be about to hit supermarket shelves in the UK, Singapore, and UAE as a major milk producer reportedly has plans to make it the next big trend.

Arla, one the UK’s biggest milk producers, has reportedly said that a “sparkling fruit and milk” drink could be trialled in the UK, Singapore and the UAE.

If the trial period is successful, the carbonated milk drink will be rolled out across the world.

The product innovation comes as part of Arla’s wider plans to triple its milk-based drink sales by 2020 after losing market share to plant-based alternatives like almond and coconut milk.

A number of major drinks producers have already tried and failed to launch carbonated milk drinks.

In 2014, British soft drink producer Britvic tested ‘Tango Strange Soda’ in the UK - a combination of fruit juice, milk and carbonated water geared towards children. However, the company was forced to axe it less than a year later as consumers weren't interested and sales fell flat.

Similarly, Coca-Cola also trailed a sparkling milk drink in the US called ‘Vio’ but the drink was never brought to Europe.

Through the reported move Arla is, understandably, trying to reinvigorate the milk market.

Milk sales fell by around GBP£240mn between 2014 and 2016 according to data collected by Grocer magazine.

This comes as millions of customers are ditching cow’s milk in favour of non-dairy alternatives such as soy and almond milk.

Indeed, this year the Office for National Statistics (ONS) noted that this year soya milk, rice milk and almond milk were included in its “typical basket of goods” list for the first time.

This new product innovation by Arla appears to be the latest move to get more customers interested in milk again.

In the Middle East and Asia, carbonated dairy drinks are already popular and so it is hoped that the new product innovation will breathe some life back into the dairy industry,