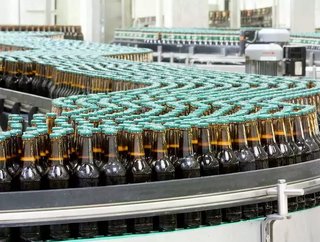 Brewing giant AB-InBev, owner of South African Breweries (SAB) following one of the biggest M&amp;A deals ever seen, will be investing in a massive bott...

Brewing giant AB-InBev, owner of South African Breweries (SAB) following one of the biggest M&A deals ever seen, will be investing in a massive bottling line expansion.

The new packaging lines will be installed at SAB’s plants in Gauteng province, northern South Africa, and will produce returnable glass bottles. Both lines are expected to be functioning by October this year in what is a $220 million commitment.

SAB brews some of Africa’s most recognised beers, including Castle Lager, Lite and Stout, along with European favourites Peroni and Grolsch.

​​​​​​​This latest investment will boost overall capacity by as much as eight percent, with the new bottling lines able to produce 45,000 an hour. SAB will be purchasing four million crates and 48 million bottles to begin production.

When AB-InBev bought what was SABMiller last year, it committed to spending a further $74 million on social projects over the course of five years.

AB-InBev Africa president Ricardo Tadeu said: “This investment will also have a positive impact on South Africa’s agriculture and agro processing sectors. We are investing in the local production of barley, which will optimistically assist South Africa to become exporters of barley as a raw material.”